New rules seek to keep crypto disputes out of court

Disputes arising from the use of blockchain and other cryptography-based technologies will be resolved mainly by arbitration rather than in court if parties adopt a new set of rules published by a government-backed initiative today.

The Digital Dispute Resolution Rules are being promoted by LawtechUK's UK Jurisdiction Taskforce, chaired by Sir Geoffrey Vos, master of the rolls. They are designed to enable faster and more cost effective resolutions to disputes relating to novel digital technology such as crypto assets, smart contracts and blockchain applications.

Such innovations, which include cryptocurrencies such as Bitcoin, are based on cryptographic techniques for recording transactions in a way that cannot be altered. Their use is rapidly becoming commonplace in business: the taskforce today cited JP Morgan's adoption of contracts that automatically process transactions without the need for a third-party. The global smart contract market is expected to be worth $345.4 million by 2026. 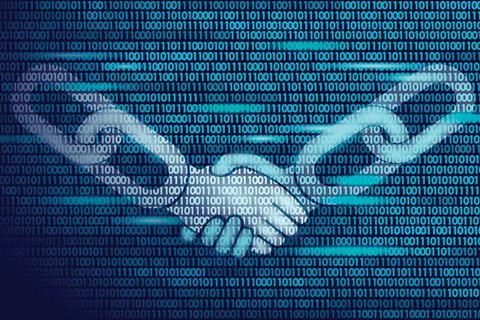 However, until now, there has been little consistency in how legal disputes relating to these types of technologies should be resolved, the taskforce said. The new rules, which were published in draft in February, seek to end the uncertainty. They follow the publication in 2019 of a legal statement on the status of cryptoassets and smart contracts under English and Welsh law.

The rules, which run to 14 pages including notes, are drafted to be flexible enough to cope with as yet undeveloped technologies. They also specify: 'Any dispute between interested parties arising out of the relevant contract or digital asset which was not the subject of an automatic dispute resolution process shall be submitted to arbitration.' While the rules are not mandatory, the taskforce suggests that they are written in to contracts through the provision: 'Any dispute shall be resolved in accordance with UKJT Digital Dispute Resolution Rules'.

Sir Geoffrey Vos said: 'International business is rapidly adopting the use of digital documentation and on-chain smart contracts. The rules aim to provide a process for speedy and cost-effective resolution of disputes originating digitally. They will hopefully give global businesses greater confidence to adopt and utilise new digital technologies.'