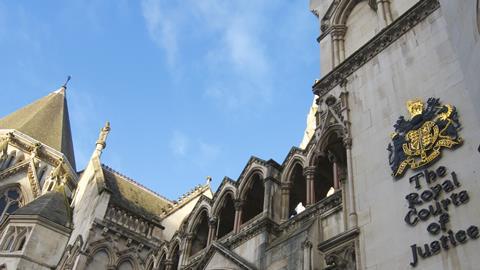 'No stellar contribution here': ex-wife gets £453m in divorce settlement

A High Court case in which an ex-wife has been awarded one of the biggest ever divorce settlements in the UK does nothing more than reaffirm the high bar that has to be met to justify assets not being split equally, a family lawyer has said.

Mr Justice Haddon-Cave, in AAZ v BBZ, C Ltd and P Ltd, ordered the husband to pay his ex-wife £453m. The judge said the husband had 'failed to prove any valid reasons or "departure points" which would jusitfy the matrimonial property being divided other than equally 50:50'.

The judgment states that the former couple met in 1989 when the wife (W) was studying in Moscow. They married in July 1993 when she was pregnant with their elder son, and moved to London that year. The husband (H) worked in the capital as an oil and gas trader. He became successful in pursuing business interests in the energy sector in Russia through his Russian company. In November 2012, he sold his shares in the company for $1.4bn.

The couple were granted a decree nisi in December 2015. The wife said the marriage lasted 20 years and broke down only in 2013, finally ending in late 2014 following a failed attempted reconciliation. She contended that the total net marital wealth was just over £1bn.

The husband maintained that the marriage ended in 1999 or, at the latest, 2004. 'H says in his Form E that any sharing claim by W "should be based on wealth generated at the latest up to 2004 but not thereafter",' the judgment states.

Haddon-Cave acknowledged that the marriage 'clearly went through a rocky patch' between 1999 and 2003. However, he accepted the wife's evidence that the couple remained married until 2013 'in all senses of the word'. In 2013, H bought his wife jewellery worth €400,000 and gave her unrestricted use of two of his credit cards. He also let her use his yacht, plane and helicopter.

The husband 'did not explain in his statements precisely why he could be said to have made a "stellar" contribution, Haddon-Cave said, rejecting any case that he made such a contribution to justify departing from the equality principle.

Awarding £453m to the wife, Haddon-Cave said she already held assets of £10m. He ordered the contents of an English property (£2.5m), an Aston Martin (£350,000) and a modern art collection (with an estimated value of £91m) to be transferred to her. To meet the balance, the husband was ordered to pay her £350m. P Ltd was jointly and severally liable to pay the sum.

The judgment states that the husband, C Ltd (a Cypriot-registered company and the trustee of a Bermudian discretionary trust) and P Ltd (a Panamanian company the husband contended was in the trust) were not present nor represented at the hearings in November and December last year.

However, Haddon-Cave was 'satisfied that service of these proceedings and notice of the trial was properly effected' on them.

The judgment states that the husband had never appeared in person at any hearing during the matrimonial proceedings. The husband had been ordered to attend a financial dispute resolution hearing in April 2015, but shortly before the hearing he informed the court he lost his passport containing his English visa. 'He attended by video-link from his yacht in the Caribbean,' Haddon-Cave said.

Commenting on the ruling, Hannah Field, senior associate at Russell-Cooke in London, said the case 'does no more than reaffirm that the bar for pleading special contribution is set high and is very difficult to establish'.

She added: 'It is well documented in case law that an argument for special contribution is extremely difficult to mount especially in circumstances where the wife has made a full and valid contribution to the marriage.