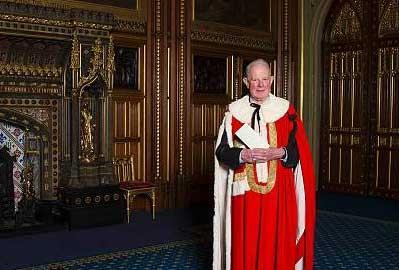 The lord chief justice has expressed public concerns about the pressures afflicting judges at every level of the system.

In his annual report to parliament, Lord Thomas of Cwmgiedd said the courts face ‘significant difficulties’ with their caseload, particularly in the appeal courts and in the Family Division.

Thomas also noted ‘serious concerns’ about recruitment to the judiciary, in particular the ability to attract well-qualified candidates for positions at higher levels.

He said senior leadership in judiciary could not ignore the fact that judges have been affected by successive years of pay restraint.

He said the judiciary now faces ‘unprecedented difficulties’ in terms of low morale, a real-terms fall in pensions and pay and increase in the uptake of early retirement.

To deal with such pressures, specially trained staff will undertake more routine work, under judicial supervision, and the modernisation programme underway in the courts and tribunals service will open up possibilities for cross-deployment and flexible working.

‘These changes will be underpinned by better support for judges and magistrates, who have to deal with increasingly complex, difficult and, in some instances, unpleasant cases,’ said Thomas.

The lord chief justice noted that in the Court of Appeal criminal division, the workload has increased because many appeals are more complex, while applications from unrepresented applicants are now having an impact on all work.

In the civil division, increases in workload were ‘seemingly part of a relentless trend’, with applications for permission to appeal increasing by 50% in the last five years.

Thomas said: ‘There can be no doubt that the asylum and immigration caseload is having a serious, adverse impact on the work of the court. Meanwhile there has been no increase in the number of judges of the court in this period.’

In family justice, where the president of the family division Sir James Munby recently described a ‘clear and imminent crisis’, Thomas said the workload was another source of concern, particularly given how many cases are being brought by litigants in person.

The lord chief justice added: ‘We are confronting all these matters and striving to streamline processes and increase efficiency within ever-tightening budgets.’

Thomas said the Financial List, created in October 2015 for quicker resolution of complex financial disputes, was working well, with 15 cases issued directly into it and seven transferred to it.

Of those 22 cases, four were discontinued, 14 are ongoing and four have already had their judgments handed down.

Efforts to move justice out of London have progressed, with the Court of Appeal sitting in Cardiff, Birmingham, Bristol, Leeds, Liverpool, Manchester and Norwich in 2016.

The report also notes the number of cases where the Welsh language was used: 570, including a judicial review.