The Parole Board will shortly consult on how to make its decision-making more transparent, its chief announced today, following widepsread outrage over the board's decision to release serial sex attacker John Worboys from prison. 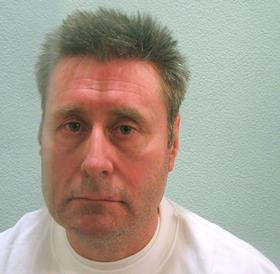 Worboys, a London black cab driver, was jailed indefinitely in 2009, with a minimum term of eight years, for drugging and sexually assaulting female passengers. He will be released from prison at the end of this month following a decision by a three-member Parole Board panel. The decision to release him dominates today's newspaper front pages. 'Justice in the dock as black cab rapist wins freedom' and 'Outcry as black cab rapist set to go free,' are the respective Daily Telegraph and Daily Mail headlines.

In a statement this morning, professor Nick Hardwick, the board's chair, acknowledged its processes lack transparency, but said the board has a statutory duty under rules which prevent proceedings being disclosed.

The Parole Board was created by the Criminal Justice Act 1967 and began work in April 1968.

Hardwick spoke about openness and transparency on the board's 50th anniversary in November. He said: 'It is an undisputed principle that for justice to be done, it must be seen to be done. The parole system, and the Parole Board itself, now a court-like body don't forget, are closed systems. I think the onus should be to demonstrate why any part of the system should be closed - not to demonstrate why it should be open. I also recognise that public bodies of all types are rightly expected to be more open and transparent and in these circumstances the Parole Board is lagging behind in a way that is difficult to defend.'

Hardwick acknowledged that the board should be better at informing people of its decisions. He said: 'Frankly, our letters to prisoners are pretty incomprehensible and I think we should consider producing our decisions in a style and format that could be shared with victims. Perhaps we should go further and publish our decisions and reasons so that everyone can see them.'

Mooting the possibility of opening up hearings, he said: 'I don't accept that a good reaason for not opening up the system is that the public or media might not like what they see. Even at  present, some of the decisions we make are subject to ill-informed criticism - but how could it be otherwise when we do not provide information about why we made a decision? If all the media have to go on are lurid accounts of a crime many years ago, and do not hear how a man or woman had changed or how their risk can be managed, we cannot complain if they do not understand the decision we have made.'