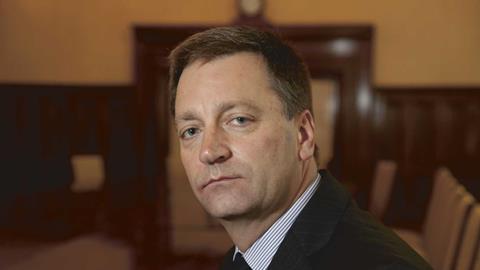 Pre-charge bail enables those under investigation to be released from custody, potentially subject to conditions, while officers continue with their enquiries. On Monday, a 28-day limit was introduced as part of the Policing and Crime Act 2017.

Announcing the 28-day limit, home secretary Amber Rudd said pre-charge bail is a necessary and useful tool, 'but in many cases it is being imposed on people for many months, or even years, without any judicial oversight, and that cannot be right'.

However, solicitors attending a Law Society criminal seminar yesterday were told not to expect any additional money should their clients be called back to the police station after being released.

Richard Atkinson (pictured), managing partner at the Kent branch of national firm Tuckers, said: ‘We’re going to see people being released. But then the police say they would like to talk to them again. Is there another fee? No.

‘You cannot claim a separate fee. You add on the time you have spent. If that takes you past the “escape” threshold, then you can claim an escape fee.’

However, Atkinson warned: ‘It’s going to be a nightmare trying to work out how you bill this. If you make a false claim you will be subject to all the sanctions the Legal Aid Agency have for overclaiming.’

Under the new legislation, police can still apply for an extension beyond the initial 28-day period if they feel it is appropriate and necessary, such as in complex cases. One extension of up to three months can be authorised by a senior police officer at superintendent level or above.

In exceptional cicumstances, where the police need to keep an individual on bail for longer, they will have to apply to a magistrate for further bail.

Ian Kelcey, senior partner at Bristol and London firm Kelcey & Hall, told the seminar the legislation was ’about as badly drafted as I have come across’.

Kelcey feared the new limit will lead to more people being asked to attend police stations voluntarily. ‘We should inform our clients to ask for our presence,’ he suggested. ’It is disarming for a person to go into the police station and ’pop in’ for a chat. It makes it sound far less serious than if you’re being arrested.’

Atkinson added: ‘We will start to see not just voluntary interviews in police stations but elsewhere… It’s very offputting and wrongfooting of defendants if they’re allowed to sit in their front room for a chat with a friendly officer.

‘Not that we will be rushing to homes, but legal advice is available in the home and is covered under the legal aid arrangements. Clients need to be aware they have all of their rights.’