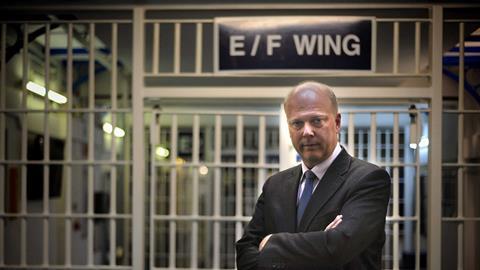 The government insists it is not obliged immediately to reinstate legal aid for prisoners following an 'unprecedented and groundbreaking' Court of Appeal judgment today.

In R (Howard League for Penal Reform and the Prisoners’ Advice Service) v the Lord Chancellor, the Court of Appeal considered five areas of prison law where the Ministry of Justice removed criminal legal aid eligibility in December 2013.

The court ruled that the high threshold required for a finding of inherent or systemic unfairness was satisfied in the case of pre-tariff reviews by the parole board, category A reviews (those whose escape would be highly dangerous), and decisions regarding placement in close supervision centres.

The threshold was not satisfied in relation to decisions about offending behaviour programmes and courses, and disciplinary proceedings where no additional days of imprisonment or detention can be awarded.

Following the judgment, a spokesperson for the ministry said: 'We note the Court of Appeal’s judgment on changes made to legal aid regulations - introduced in 2013 - and will consider whether to appeal.’

Deborah Russo, joint managing solicitor of the Prisoners’ Advice Service, said today’s ruling was an 'unprecedented and groundbreaking legal victory in which the vulnerability of the prison population is fully recognised as a key factor in its limited ability to access justice’.

She added: 'Common law came to the rescue of a marginalised and often forgotten sector of our society.’

Frances Crook, chief executive of the Howard League, said: 'This decision will make the public safer. It vindicates our concerns that cuts imposed by the former lord chancellor, Chris Grayling, in 2013 presented a grave risk that prisoners would become stuck in a broken system.

'This sends a clear message that important decisions about prisoners cannot be made efficiently or fairly in the face of these cuts.’

However, the ministry stressed that today’s judgment does not mean the government must immediately reinstate legal aid in the three areas where the threshold for inherent or systemic unfairness was satisfied, noting that this is one option.

The judgment said: 'We emphasise that we recognise that there may be safeguards other than legal aid and advice that will prevent inherent or systemic unfairness by enabling a prisoner to participate effectively in a category of decision-making.’