Lawyers supporting the UK’s departure from the EU are ‘much less willing to come out and say so’ than are remainers, a former Court of Appeal judge said last night. Sir Richard Aikens QC of Brick Court Chambers was speaking at University College London at an event to promote Briefings for Brexit, a group of academics making the intellectual case for leaving the EU. 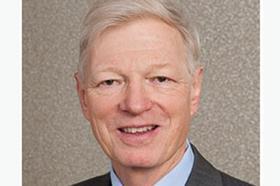 Aikens and a fellow speaker, historian Professor Robert Tombs, conceded that they represented a minority voice in academia - partly because of a ’certain pressure to conform’. Tombs said: ’A worrying number [of academics] say “I don’t try to express my opinion because I haven’t got a secure job”.’

Aikens added that he had seen ’the same kind of feeling among lawyers - those pro-Brexit are much less willing to say so as opposed to those wanting remain'.

However, he also noted that the internationalist case against the ‘protectionist’ EU had not been well made.

The meeting heard that the process of leaving the EU in 13 months set in train by the triggering of article 50 is in practice irreversible. ’A timetable extension would need all 27 member states to agree,’ Aikens said. Following the judgment in Miller there would also need to be an act of Parliament, he said, which in turn would require a general election. ’All before March next year. It just doesn’t seem to me to be practical politics,’ he concluded.

On that basis, the remain campaign is arguing for Britain to rejoin through the process of becoming a candidate state, he said. ’It’s a very unlikely scenario indeed.’

Aikens also challenged an argument in favour of a codified constitution made this week by one of Britain’s leading constitutional scholars. In a paper for the Constitution Society Professor Vernon Bogdanor said that Brexit will leave a gap in the protection of human rights currently provided for under the EU Charter of Fundamental Rights, despite UK opt outs. He argues that the gap can be filled only by a codified constitution with powers to curb parliamentary power.