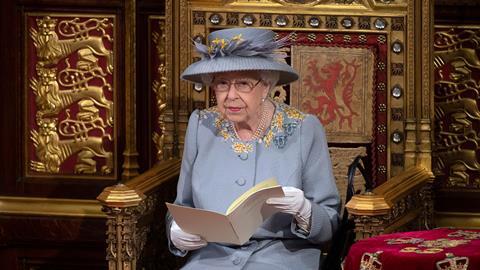 The rule of law must underpin every step of the UK’s recovery from the pandemic and guide us through the post-Brexit period, the Law Society warned today in its response to the Queen’s speech.

Law Society president I. Stephanie Boyce said: 'As the government looks to rebuild after the pandemic it should ensure its plans don’t fly in face of our British values.' Referring to recent research findings by the Law Society, she said 'Britons overwhelmingly want their country to be a beacon of the rule of law with rules applying equally regardless of the individual or the institution.'

On constitutional reform plans, Boyce said: 'Proposals on judicial review – which the government claims are intended to adjust the balance of power between executive, parliament and the courts – risk taking power away from citizens and putting more into the hands of government. The rule of law and access to justice would be significantly weakened.'

She added that the government-commissioned independent review of administrative law found no evidence of judicial overreach. 'Judicial review is an essential check on power. It keeps government and public bodies on the straight and narrow and allows individuals to uphold their rights when faced with the might of the state. The effect of government proposals would be a fundamental distortion of the protection judicial review is supposed to provide against state action, undermining the rule of law and restricting access to justice.'

Meanwhile, on the Sovereign Borders Bill, Boyce said Home Office plans for immigration and asylum 'pose a serious threat to the rule of law as well as undermining access to justice and making a mockery of British fair play'.

'The Law Society shares the government’s aim of preventing people smuggling, but asylum-seekers who reach our shores by so-called irregular routes, such as by boat, should not be penalised,' she said. 'To do so would risk breaching international law by creating a two-tier asylum system.'

Bar chair Derek Sweeting QC: 'The standout item in this Queen’s speech is the government’s intention to "renew democracy" and "restore the balance of power between the executive, legislature and the courts". But the evidence for the claim that this balance has been lost is lacking.'