Sir Cliff Richard has settled his dispute with South Yorkshire Police over reports naming him as a suspected sex offender, though his continuing dispute with the BBC received a boost in court today.

Mr Justice Mann, presiding over a High Court hearing between Richard, South Yorkshire Police and the BBC was told today that the singer and police bosses had come to terms. 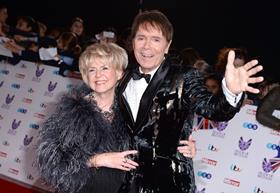 The singer had taken legal action against the BBC and the police force over coverage of a raid at his home in Sunningdale in August 2014.

The case against him, in which he was investigated over historical sexual assault allegations, was dropped last year.

A South Yorkshire Police spokesperson said today: 'The position of South Yorkshire Police was outlined in court. We have recognised that our conduct was unlawful and we are sorry for any distress caused. We have updated and revised our media practices to ensure that the issues that this case has highlighted cannot happen again.'

However, Richard remains in dispute with the BBC. Earlier today, the High Court said the BBC should reveal details about where one of its journalists obtained information about the raid.

Richard made a Part 18 request regarding Johnson’s knowledge of the source. The BBC said it wished to be able to decline to answer on the basis that it risked exposing a journalistic source.

But Mann said the BBC should clarify whether or not Johnson’s source was from within operation Yewtree or a person who had obtained information from the operation.

‘It follows that the claimant’s application succeeds and the BBC must provide a proper answer to the question posed,’ Mann wrote.

‘The ultimate weight of the interests of Johnson and his source, arising from that consideration and Johnson’s position as a journalist, is what I have to assess, and compare with the rights and interests of Sir Cliff.’

Mann said rights and interests of Sir Cliff are in his view ‘much more weighty’.

‘I find that the balance comes down clearly in favour of the question being answered,’ he said.

Earlier this month, the Gazette reported that lawyers for the BBC had recorded disapproval at the ‘grossly unreasonable’ costs incurred so far by Richard. The total pre-action legal bill is estimated to come to almost £900,000 plus VAT.