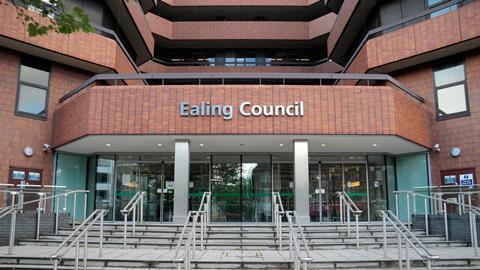 A London council has escaped with a warning from the Information Commissioner’s Office after a social worker left court documents containing personal, sensitive data relating to 27 people - including 14 children - on the roof of her car and drove off. The London Borough of Ealing has been warned to toughen up the way it protects personal information.

An ‘undertakings’ document signed by the council states that the incident happened in February, when the social worker attended court regarding care proceedings.

‘She left court, put an envelope containing the documents on the top of her car and then drove off,’ the document states. ‘When she got home, she realised that she did not have the documents. Despite searching the car park, the social worker’s route home and making enquiries locally, the documents have not been recovered to date.’

The ICO acknowledged that the council submitted mitigating factors. Training had been given to and completed by the social worker and suitable procedures were in place.

During the investigation, the commissioner was informed that no records were available relating to the requirements of the council’s ‘paper records secure-handling and transit’ policy. Management approval requests must be made for removing documents from the council’s office. After consent is granted, document details are entered into the office log for reference in case of any losses.

The commissioner was also made aware that secure lockable cases were previously available but ‘no longer so’, the document states.

ICO enforcement manager Sally-Anne Poole said losing personal data, especially sensitive data, can cause damage and distress to the people involved. ‘This council failed to follow our previous advice that it needed to improve training to make sure staff know how to look after personal information.’

The undertaking document signed by the council outlines five commitments, including improving staff training in data protection and reviewing policies on how documents are protected when they are taken out of the office.

A council spokesperson told the Gazette: ‘We regret that this has happened and fully accept the findings and recommendations of the ICO which we have begun to implement.’