The government is expected to face overwhelming opposition from the legal profession over plans to widen the scope of combat immunity to stop claims of negligence coming to court.

Under the proposals, combat immunity - which provides an exemption from legal liability for members of the armed forces and the government - would apply to all claims brought by those in combat, even when failings occurred far from the battlefield.

An enhanced compensation scheme will be set up for current and former members of the armed forces and their entitled family members who will be precluded from suing the government for negligence under the terms of the proposed exclusion of liability.

In a foreword to the consultation paper, defence secretary Sir Michael Fallon said he hoped the measures would provide ‘welcome relief’ for families and individuals who might otherwise find themselves having to pursue ‘lengthy and stressful’ claims in the courts.

However, the Law Society warned today that servicemen and servicewomen injured during combat should not be shut out of the justice system if they believe MoD negligence contributed to their injury.

Chancery Lane said the proposed definition of combat immunity could cover any UK-based operation in preparation for war.

Society president Robert Bourns said: 'A decision about equipment or training, made from a desk in Whitehall, should be subject to the same scrutiny as similar decisions about specialist training or equipment made by other employers.’

The MoD’s proposed compensation scheme would create a ‘David and Goliath situation where the MoD would be both judge and jury’, Chancery Lane said.

If the MoD accepts that a claim is within the scope of the compensation scheme, it will be passed to a legally qualified independent assessor to decide on the level of compensation a court would have awarded. 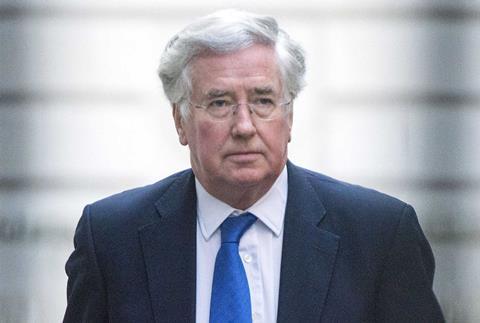 The consultation paper states that ‘the presumption is that a claimant will not need legal representation because the assessor will help him or her to bring forward all the information which needs to be considered. Claimants would however be free to seek legal representation if they wished, but this would be at their own cost’.

Solicitor Hilary Meredith, chief executive of Hilary Meredith Solicitors, said the MoD was ‘trying to remove the duty of care it owes to servicemen and women and replace it with its own idea of a pension scheme akin to a court compensation award’.

She added: ‘This is ludicrous – in my 25 years of dealing with the MoD, we have never agreed on a figure at the very start of the case. The legal process simply doesn’t work like that.’

Jocelyn Cockburn, civil liberties partner at London firm Hodge Jones & Allen, will argue in her firm’s consultation response that the proposals wrongly focus on the compensation rather than the protections that will be removed from soldiers under the scheme.

Cockburn represented the families of soldiers killed in lightly armoured 'snatch' Land Rover vehicles in Iraq in a case that defines the legal obligations owed by the government to soldiers killed and injured on active service abroad.

Cockburn will say: ‘Of course, no injured soldier or bereaved family should have to fight for a decade to achieve compensation, as the "snatch" Land Rover families have had to. However, the scheme proposed by the MoD will not achieve its stated aim to compensate soldiers as if they had won their case in court.

‘Cases will inevitably be very complex, with the need for multiple experts to help assess the extent of injuries and losses. Clients are often vulnerable and traumatised and some will have catastrophic injuries. They cannot be expected to navigate the process without legal representation.’

Cockburn will say that the courts are 'used to assessing the value of claims and this process will be much quicker if there is no need to prove that the MoD was at fault’.