A Russell Group university has prepared what it calls the ‘league table of league tables’, this time showing the traditional institutions to have performed better.

In the table, prepared by the School of Law at the University of Leeds, Oxbridge remains top dog but institutions including University College London place in the top five having dropped out in a previous league table compiled by the Guardian newspaper this week. 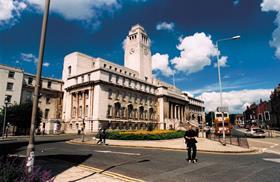 Leeds finishes sixth in the latest table compared to eighth in the Guardian’s list.

Queen Mary University, which the Guardian placed third, is 12th in the new list.

The Guardian’s list was notable for a lack of representation for Russell Group Universities at the higher end of the table. In the list, LSE was in the top five but UCL and King’s College London faired worse. UCL slipped from fifth in the previous year’s list to tenth this year while King’s was ranked eleventh, down from fourth.

By contrast, the list prepared by the University of Leeds ranks LSE third, UCL fifth and King’s seventh.

Dundee University in Scotland makes the top ten again having been ranked sixth in the Guardian’s run down. London South Bank University, which the Guardian ranked 13th comes in at 43rd on Leeds’s league table.

Professor Alastair Mullis, Head of the School of Law at Leeds, said: 'The Guardian table, as with all the league tables, provides a useful measure of relative performance but, unlike the other tables excludes research performance. The Guardian is particularly focussed on student satisfaction and other measures relating to the student experience. These measures are obviously of real importance and the law schools that do well in this league table can deservedly claim to be doing well by their students.'

‘This approach arguably gives perhaps the best overall assessment of the strength of law schools measured on teaching, research, employability, entry tariff, spend per student and value added. It too makes interesting reading and many of the RGs recover their position (though by no means all),’ Mullis said.