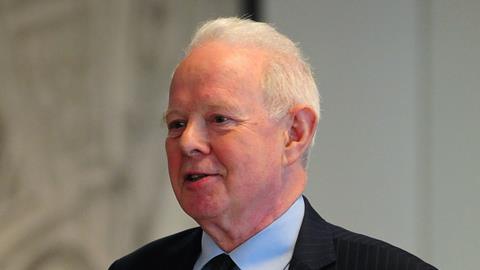 'They funked it' - LCJ's dismay at inaction on older recorders

The lord chief justice has urged the government to deal with the thorny issue of forcing retirement upon part-time recorders believed to be clogging up the judicial system.

Lord Thomas of Cwmgiedd told MPs that around half the recorders in England and Wales are aged over 60, and they are now blocking the pipeline of talent coming through the system.

In evidence to the justice select committee, Thomas, who retires himself next month at 70, said he had failed to persuad ministers to operate a fixed-term system.

‘If you’re using the system as a means of selecting the future talent and training them to see whether they would be good judges, you can’t afford to have that tail,’ he said. ‘We tried hard to persuade the Ministry of Justice to do this. I am going to use a fairly strong term here – they funked it.’

Thomas added: ‘This would cause an awful lot of upset to people who were recorders. But it does need grappling with and there is a whole lot of nonsense spoken about how this would contravene rights. It’s all nonsense.’

Earlier this year, Lord Thomas said the profile of recorders was ‘completely unbalanced’ and it was difficult to hire younger people to the judiciary

On a similar note, Thomas also gave lukewarm support to the idea of extending the judicial retirement age to 75 from the current cut-off point of 70. Outgoing Supreme Court president Lord Neuberger said earlier this year that judges should be allowed to sit beyond the age of 70 to ease the problem of judicial recruitment.

Last year six High Court posts could not be filled and vacancies existed for 140 new crown court judges. Neuberger said the highest calibre applicants are likely to be older, and they will be put off if they face mandatory retirement at 70.

Thomas acknowledged the benefits of extending the retirement age and called for a wider debate on a complicated issue. He added: ‘There is the very invidious problem of what you do with someone who maybe hasn’t got their faculties and there is nothing worse than sitting with someone who is failing and the risk of failure, I understand, rises with age.’

The upper age limit of jurors increased to 75 last December, prompting discussion from some lawyers as to whether this should apply to magistrates and judges.