Too many defendants in custody for non-violent crimes, says campaign group

Remand into custody is overused and underscrutinised, a justice pressure group has warned, after latest research suggests many defendants are being remanded for less serious crimes and are subsequently released.

In its latest report, Presumed innocent but behind bars - is remand overused in England and Wales?, Transform Justice says less than half of people who are remanded were accused of violence, sexual or robbery offences. The charity says 17% in remand were accused of drug-related offences; 15% for theft; 8% for summary non-motoring offences; 2% for public order offences; and 1% for fraud. In 2016, magistrates remanded nearly 12,000 people for summary offences; six in 10 were found not guilty or received a non-custodial sentence. In the Crown court, over a quarter of defendants who were remanded were not sentenced to prison.

Defendants awaiting trial may be remanded if there is a risk of: failure to surrender to bail; committing further offences; or contacting witnesses. The report states that a lack of accommodation or mental health problems are not listed criteria under the Bail Act, but are frequently cited as reasons why bail may be refused. 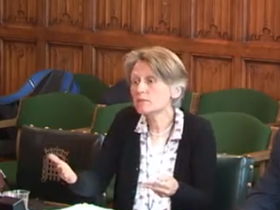 One defence lawyer told the report that a client - a mother of three, including a disabled child - was charged with money laundering and spent nine months in remand. Her trial collapsed in the first week. Another lawyer was concerned about the failure to review remand decisions on an ongoing basis. One Crown court judge told the report that judges tend not to overturn previous decisions unless there are 'very compelling reasons'.

Penelope Gibbs, Transform Justice director and a former magistrate, said: 'Of course, some people need to be imprisoned before their trial, but the risk-aversion dial has moved too far. There is little point and no justice in remanding someone accused of a non-violent offence, particularly as so many are freed by the court whatever the outcome of their trial. With so much of our justice system at crumbling point, remand is fixable and requires urgent action.'

The report recommends further training for judges to provide 'legal and defendant specific' reasons for refusing bail. The court process should be slowed down to allow the defence and prosecution to learn more about the defendant and improve disclosure ahead of the first bail hearing. Bail information services should be resurrected and reformed. Reminder phone calls or texts to nominated family and friends should be sent to support defendants at risk of not turning up to their court hearing.