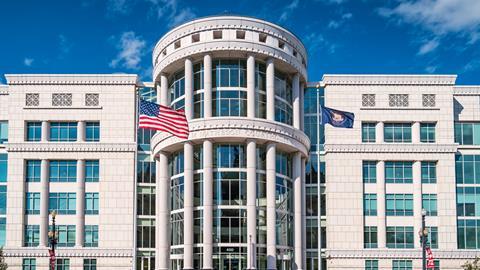 Utah to pioneer non-lawyer ownership in US first

Utah has become the first US state to allow non-lawyer ownership of law firms in a move aimed at improving access to justice. The state’s Supreme Court last week approved a two-year pilot of a regulatory sandbox, the Office of Legal Innovation, which would license new forms of legal services providers.

In a statement, Utah Supreme Court Justice Deno Himonas said changes will enable individuals and entities to explore creative ways to safely allow lawyers and non-lawyers to practise law and to reduce constraints on how lawyers market and promote services. New forms of providers could include partnerships, corporations and companies and non-profit organisations partnering with other entities to offer legal services.

Utah is well down the list of state bars by size, with only 26 lawyers per 10,000 residents compared with 92 in New York and 43 in California. However the pilot will be closely watched by other states considering introducing new forms of ownership, including England-and-Wales-style alternative business structures. In February this year, the American Bar Association approved a resolution encouraging states and other jurisdictions ‘to consider innovative approaches to expanding access to justice with the goal of improving affordability and quality of civil legal services’.