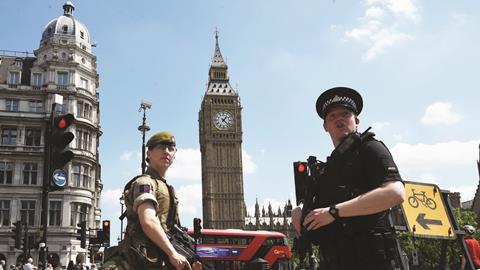 The Sentencing Council went back to the drawing board over guidance for terrorism offences following an apparent spate of attacks planned at short notice.

Consulting on the first set of comprehensive guidelines for terrorism offences, published today, the council is proposing to increase sentences for lower level offences, such as those where preparations might not be well developed or an offender has offered a small amount of help. A terrorist act can be planned quickly using 'readily available' items such as vehicles and knives. Along with online extremist material that provides encouragement, 'these offences are more serious than they have previously been perceived', the council said today.

The council began working on guidance last year, but fast-tracked production following the attacks in Manchester Arena, Westminster and London Bridge this year.

The guidelines cover terrorist attack preparation, causing or attempting to cause an explosion, collecting or sharing extremist material, raising funds for terrorism, glorifying terrorist attacks, failing to disclose information about terrorist acts, and joining or supporting a banned organisation.

Lord Justice Treacy, Sentencing Council chairman, said: 'Offences vary greatly and could include someone who tries to make a bomb, another who urges others to join a terrorist organisation or a group plotting a murderous attack on the public. Our proposed guidelines set out a clear approach to dealing with this wide range of offences to ensure appropriate sentences are passed to punish offenders and disrupt their activities.'

In August the government added 19 terror-related offences, such as encouraging terrorism or failing to disclose information about an attack, to the unduly lenient sentence scheme.

Justice minister Dominic Raab said: 'Having extended the scheme for appealing unduly lenient sentences to those who radicalise individuals or turn a blind eye to terrorism, these new guidelines will help ensure we have the most rigorous and robust sentencing in terrorism cases.'

The consultation closes on 22 November. Guidelines will come into force next spring.