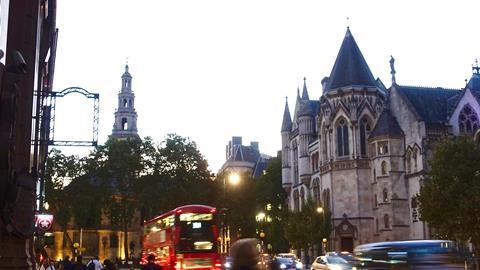 Solicitors under pressure from a barrage of costs challenges have been assured the court has no jurisdiction to make an order for documents belonging to them.

Mr Justice Soole ruled in two joined-up appeals that claimants could not get access to files which were not their property, where they wished to examine a challenge against deductions from damages made by their former lawyers.

The judge said he accepted his judgment was contrary to two other recent cases where former clients were allowed access to files. He noted there are ‘numerous’ applications which give rise to this point, particularly in the context of low-value PI claims funded by conditional fee agreements.

‘If the document and its contents are the solicitor’s property which he is entitled to retain, there is no basis for circumvention of that proprietary right by some form of order,’ said the judge.

In the appeals, respective former clients of north west firms JC&A and SGI Legal had challenged the 25% deductions from their damages to cover the solicitors’ success fees and ATE premiums. In each case the clients instructed Leeds firm JG Solicitors Ltd, which specialises in recovering solicitor fees.

The claimants had each sought, pursuant to section 68 of the Solicitors Act 1974, files over which they had proprietary rights, copies of other parts of the file over which they did not have rights, and the costs arising from the application.

At first instance, costs judges Master James and Master Leonard both denied these applications, decisions which were appealed in the High Court.

Lawyers for the claimants argued the court had discretion to order copies of documents where ownership by the client could not be established. The firms argued that any jurisdiction of the court to supervise solicitors was to prevent dishonourable conduct, with an application for documents falling outside that remit.

While the judge dismissed both appeals, he added that solicitors should not in all circumstances ‘press their legal rights to the limit’, nor act with impunity when disclosure applications are made. The judgment has yet to be published.