Defended taxi driver who was wrongly accused of assault 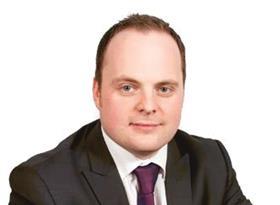 Lawyer in the news: Adam Antoszkiw

Why is he in the news? Helped quash the conviction of a client wrongly accused of assaulting three women.

Taxi driver Mohammed Islam, 40, faced jail after being convicted by Flintshire magistrates in October 2014 and sent to Crown court for sentencing.

The prosecution alleged that, in the early hours of 7 September 2013, he had collected three young women from a fast food outlet and, while driving them to their respective homes, touched them sexually.

Islam, using his own money, paid Gray & Co to hire an expert to enhance a video image and show that it was another taxi that collected the women. A new cell site analysis also proved that his mobile phone was not at the scene of the crimes when they were committed.

The prosecution dropped the case and Islam was cleared after a three-minute hearing at Mold Crown Court.

Detective inspector Lee Boycott of North Wales Police told the BBC that Islam’s acquittal had ‘prompted a fresh look at the case’, which will now be reopened. He declined to comment further because the case is ‘ongoing’.

Thoughts on the case: ‘A serious miscarriage of justice has been narrowly avoided. This case highlights the slippery slope the entire criminal justice system has been pushed down by government. It was largely the same evidence used to prosecute Mr Islam that, when examined in more detail at significant cost, revealed he could not be responsible for the alleged offences.

‘Not only are the three victims no nearer to getting justice, but Mr Islam has also had to go through the ordeal of being splashed over the front pages when originally convicted.’

Why become a lawyer? ‘I have always enjoyed a good argument and believe in justice.’

Career high: ‘This case, because it emphasises exactly why I became a lawyer – to guard against miscarriages of justice.’

Career low: ‘Some years ago, spending a straight 12 hours in a police station with my client, who was denying the offences alleged. It was only some 10 hours into the interviews that the police chose to reveal covert CCTV of my client committing the crimes.’