Who? Huw Rogers, head of the complex casework unit at CPS South West. 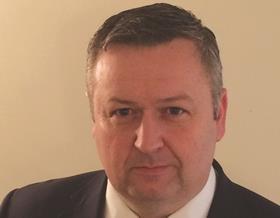 Why is he in the news? The Crown Prosecution Service successfully prosecuted four company directors and nine employees in relation to the abuse of vulnerable residents at care homes in Devon.

Atlas Project Team Ltd ran the Veilstone and Gatooma homes in Holsworthy, providing care for residents with significant learning disabilities. During 2010 and 2011 residents were repeatedly and systematically detained in seclusion rooms which had no heating or toilet facilities and little or no furniture, sometimes for several hours or even overnight.

Thoughts on the case: ‘Adults with learning difficulties were placed in care homes run by the company in Devon, which was paid substantial fees so that they would be properly cared for. Instead the company ran an abusive system where residents were controlled and punished for challenging behaviour by being shut in seclusion rooms in poor conditions. The CPS worked with the police for over five years to build and prosecute the case, which was the first to target directors and managers of a care home company, rather than just the hands-on carers.’

Dealing with the media: ‘The CPS wants to ensure the public are aware of what we do so they have confidence that we are fair, effective and independent. Our work in cases such as this can aid understanding of our role in the criminal justice system.’

Why become a lawyer: ‘After university I applied for two jobs and was offered both on the same day. I chose the CPS because it seemed more interesting and I was proved right. Working as a prosecutor gives me a real sense of purpose and contribution to the public good.’

Career high: ‘The 2016 conviction of Christopher Hampton for the murder of 17-year-old Melanie Road in 1984. Melanie’s family spoke movingly at his sentencing hearing of the effect on their lives. I am proud to have been part of the team that brought him to justice.’

Career low: ‘When newly qualified I won my first three trials, but when I lost the next one it took the wind out of my sails. Over time you learn some perspective and that over a career you will have a lot of ups and downs.’