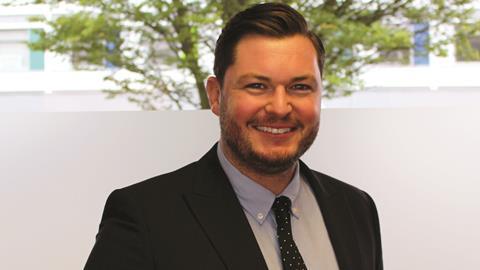 Why is he in the news? Represented the son of Rosa Smith, who died three years ago after being taken to Princess Alexandra Hospital in Harlow following a fall. She was about to be discharged when she developed gastric symptoms. Her condition rapidly deteriorated. Despite her deterioration the hospital’s escalation process was not followed and she died while being reviewed by the critical care outreach team. The hospital has admitted liability and settled the claim.

Thoughts on the case: ‘This case is quite typical of those involving elderly patients. I was approached by Mrs Smith’s son, who wanted answers and for the trust to acknowledge its part in his mother’s death and apologise. It was clear that had better care been provided, Mrs Smith may still be with us. My client sought justice for his mother and for the trust to learn from its mistakes so other families would not have to go through the same thing. Sadly, it is cases like this that will fall foul of Jackson LJ’s proposals for fixed costs.’

Dealing with the media: ‘It is important to bring cases like this to the public’s attention. My aim was to open a discussion into the elderly care issues, as well as raise public awareness of proposed costs reforms which could have a massive impact on similar cases in the future – something many people are not aware of. As a claimant solicitor it is important to have an open dialogue with the press to highlight these cases.’

Why become a lawyer? ‘I had no idea what I wanted to do, but I decided on law and now cannot imagine doing anything else. Obtaining justice for clients and their families is extremely rewarding – I like helping people.’

Career high: ‘I have never felt prouder (or more nervous) than at the admissions ceremony at the Law Society following qualification. And also of being one of few to obtain legal aid exceptional funding for an inquest into the death of a mental health patient.’

Career low: ‘Falling down the stairs of the witness box in the High Court during a trial – in front of about 20 people, including three QCs and my boss.’