Who? Mark Rondel, principal at EMW Law in London and Milton Keynes.

Why he is in the news? Acted for Charles Miley, a financier who in 2009 suffered a series of viruses that led to a diagnosis of chronic fatigue syndrome (CFS). Having made a claim under his employer’s income protection policy and received payments for several years, insurer Friends Life voided cover, alleging that Miley was faking his illness. After a six-day trial Mr Justice Turner found in Miley’s favour, indicating that he was satisfied Miley suffered from CFS of a severity sufficiently debilitating to entitle him to the requisite benefits under the Friends Life policy. He found that Miley had not deliberately fabricated or exaggerated the extent of his disability. 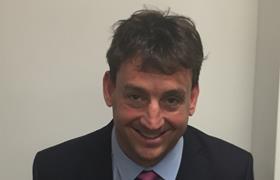 Thoughts on the case: ‘The case put Mr Miley and his family under a great deal of pressure and risked their future financial security in seeking to compel the insurance company to give the cover that premiums had been paid for. It seems an all-too-familiar scenario where insurance companies do this and it is depressing to think that many affected policyholders probably do not have the means to challenge such behaviour.’

Dealing with the media: ‘The media chose to report the case when it came to trial by in effect printing Friends Life’s opening submissions. That led to a series of unfair headlines which would, if one didn’t know otherwise, suggest Mr Miley had done what he was accused of. It is a shame that equally eye-catching headlines proclaiming his success have not appeared, although I appreciate that it’s naive to expect otherwise.’

Why become a lawyer? ‘I drifted into law. I really want to be a pilot or a professional skydiver but a mortgage and three sets of school fees dictated otherwise.’

Career high: ‘Probably this case. Successfully acting for an individual in these particular circumstances with so much at stake for his family is deeply satisfying.’

Career low: ‘I once arrived unrobed for a hearing before a county court judge. I had to run back to the office to get the robe and tabs, and was then abused and chased by a homeless man as I ran back to court for being a “b*stard lawyer”.’