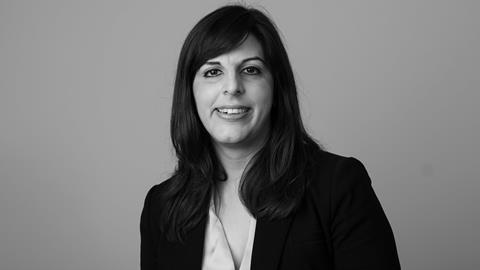 Why is she in the news? Successfully represented three Extinction Rebellion protesters in overturning their convictions for wilful obstruction of a public highway.

Thoughts on the case: ‘My clients Neil Traynor, Amelia Halls and Lou Ferns were all convicted separately of wilful obstructing of the highway during protests in 2019. Although they accepted that they had placed themselves in the road on purpose, they were there for a short period of time, there was no evidence of actual obstruction, no disorder and the demonstrations were peaceful. My clients appealed their convictions to the Central Criminal Court. Between their convictions and the appeal hearing dates there was a Supreme Court decision in Director of Public Prosecutions v Ziegler and Ors [2021] UKSC 23, where it was held that the protection of articles 10 and 11 of the ECHR extends to a protest which takes the form of intentional disruption obstructing others. The CPS reviewed the cases in light of this, withdrew their opposition to the appeals and the convictions were all overturned. The success of these appeals has confirmed that the state is responsible for protecting those who are exercising their fundamental human right to protest and for facilitating peaceful protest. The arrest and prosecution of these defendants and their convictions in the lower courts did not properly take this into account. It is imperative that this does not happen again in future cases.’

Dealing with the media: ‘The media can respond negatively towards large-scale protests. It was therefore encouraging that, after the appeals were overturned, my clients received positive attention. This reinforced my view that it was not in the public interest to proceed with cases against thousands of Extinction Rebellion defendants.’

Why become a lawyer? ‘At school I was presented with a judge’s wig made from toilet rolls as an award for being the “most argumentative student”. After that, I chose to pursue criminal law and still do not regret it despite the savage cuts to legal aid.’

Career high: ‘I persuaded the CPS to drop a firearms case (which attracted a five-year minimum sentence) against a vulnerable woman who attempted suicide when police attended her address to arrest her.’

Career low: ‘Sitting in the cells at a magistrates’ court wearing rubber gloves going through a client’s clothes and other possessions (mainly socks and custard creams) that had been brought from prison to try and locate a vital piece of evidence that might be in there. It wasn’t.’