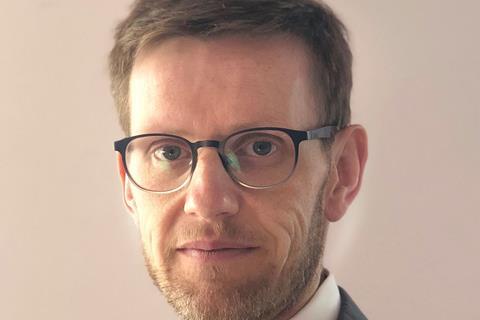 Why is he in the news? Severn has been prominent among those warning of potential legal challenges should the Football League cancel remaining fixtures in League One and League Two, and decide which clubs are promoted and relegated on the basis of current positions.

Thoughts on the situation: ‘Professional football is in a position that none of us had seriously contemplated only four months ago. Everyone is committed to working out a way to finish the season but finding a fair and safe way to do so has been difficult. If the season ends without fixtures being played, this could lead to claims from teams missing out on European qualification or promotion and from relegated teams. Playing games behind closed doors has its own issues because teams will miss out on home advantage and there could be reluctance from players to play before the health implications are fully understood. Also, many contracts expire on 30 June and it seems unlikely that the leagues will be finished by then. Everyone wants the season to be completed safely and there are potentially significant financial and legal issues if it is not managed very carefully.’

Dealing with the media: ‘Even though there is no live sport to watch, public interest in sport has not diminished and I am often asked by the press about sports legal issues as they try to keep fans like me up to date. It is worthwhile spending time to work out what the journalist is looking for and I believe that the time it takes to answer questions is appreciated.’

Why become a lawyer? ‘My grandfather was a legal executive for Nottingham City Council and my father was a solicitor in Leicestershire. Although I did not fall in love with the academic study of law, I have found pleasure in the commercial problem-solving and professional camaraderie in the practice of law.’

Career high: ‘I am a Nottingham Forest supporter and a few years ago I was asked to meet with the manager in a professional capacity after a home game. I’ve met a few interesting characters in the game but there is nothing like going behind the scenes in your home ground.’

Career low: ‘I acted for a player who had lost the right to play football as a result of a contractual dispute following a problematic period overseas. I wasn’t able to persuade FIFA that he had terminated his contract with just cause and he was unable to play as a result of that decision. It was sad to see the impact this decision had on the young footballer and his family.’