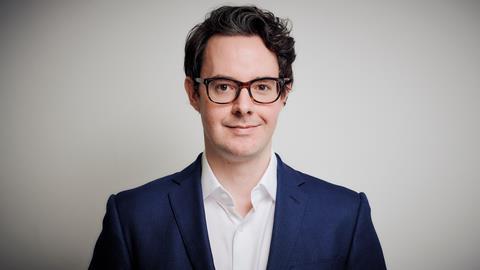 Why is he in the news? The firm represented the Sun newspaper and journalist Dan Wootton in a high-profile libel claim brought by actor Johnny Depp. Depp was refused permission to appeal a High Court ruling in the Sun’s favour that it had the right to report the fact that he had assaulted ex-wife Amber Heard.

Thoughts on the case: ‘Sun v Depp has been described as the “libel trial of the century”. It lasted three weeks and although it was delayed from March 2020, it did get heard in July in person with the majority of the primary witnesses able to attend. The High Court definitely pulled out all the stops to accommodate both sides and we had five courtrooms to house the legal teams, witnesses, justices, the public and the press. It was a real-eye opener to see the scale of the legal and PR machine deployed by someone as powerful in Hollywood as Depp. It was fantastic to be part of a legal team that was able to tackle that machine head on, on what was an incredibly important issue. In public, the case was characterised as Depp v Amber Heard despite it being a case against the media. Despite the other side’s framing of the case, and in spite of the strength of their PR, Amber gave evidence, which is testament to her. The team is, of course, thrilled with the result as all avenues for the other side are now exhausted in this jurisdiction.’

Dealing with the media: ‘The media had skin in the game as the result could have massively and detrimentally curtailed their right to report if we had lost. Tabloids often get a bad press here, but on this matter, they were prepared to back up a very important issue and ultimately achieve the right result. A lot of our case played out in the media. The media was being briefed throughout the main case and then the appeal. It has also played out massively on social media.’

Why become a lawyer? ‘While doing some work experience as a journalist at a newspaper, I got to deal with a newspaper lawyer. It appealed to me immediately and that person is now a client.’

Career high: ‘Definitely this case. It’s not often that libel lawyers get to go to trial as we often encourage our clients to settle. It’s great to be involved in a major High Court trial which resulted in a resounding victory for our client.’

Career low: ‘Much the same as any lawyer, there are occasionally cases we lost which should have been wins. That’s galling as we’re left feeling like we have failed our clients.’

Apart from that, it must be attending a detailed costs assessment the morning after the office Christmas party at (the now sadly extinct) Madame JoJos in Soho.