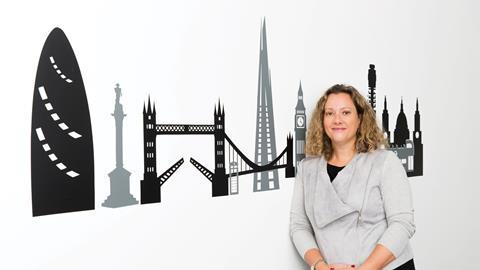 Lawyer in the news: ​Karen Holden, A City Law Firm

Why is she in the news? Represents journalist Freddy McConnell, a transgender man who is challenging the General Register Office after a registrar insisted he must be listed as ‘mother’ on the birth certificate because he gave birth to his child. McConnell had been granted anonymity at the first hearing last year. The Telegraph Media Group, Associated Newspapers, News Group Newspapers and Reach Plc won the right to name him.

Thoughts on the case: ‘This landmark case hopes to address the imbalance on how births and parenthood are recorded, which doesn’t mirror modern society and the true makeup of the family. Be it male or female, straight, gay or transgender, single or in a relationship, a parent should have the right to register their child to reflect the legal make-up of their family. This should likewise apply to surrogacy arrangements and fertility treatment where donors are used. Presently, a transgender parent, as in this case legally a man, is being forced to register on his child’s birth certificate as mother. It’s incorrect, confusing and not in the best interest of the child who will have this document for the rest of its life. A parental order, after surrogacy, creates a new birth certificate and the Law Commission is looking to offer this immediately on birth, so why would this case be any different? Other parent, legal parent – however the label is recast we simply ask it reflects the true position.’

Dealing with the media: ‘The media has been positive in some arenas but biased and cruel in others. No one, as they state, is asking to remove motherhood or challenge biology. However the parents are represented on the birth certificate, the crux of this case is that it should represent the genuine legal family status. The press have sought to lift Freddy McConnell’s anonymity to sensationalise the reporting, because we cannot see how naming him and risking exposing his child’s name serves the public interest.’

Why become a lawyer? ‘To fight for equality if justice and a fair status quo can’t always be achieved. I like the challenge and the feeling of making a difference, which of course isn’t always possible.’

Career high: ‘Being given Freedom of the City as a woman serving equality was a huge honour this year, as was being invited to 10 Downing Street for being listed as a top 100 business where there were no other lawyers nominated.’

Career low: ‘I advised a client fighting discrimination to walk away as I didn’t believe he could cope with the stress the case would bring. My boss convinced the client otherwise and I left the firm to set up my own practice to avoid these scenarios.’