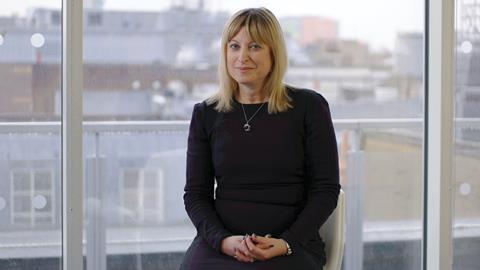 Why is she in the news? Van der Zyl represents 27 artists and art lecturers who claim they were unfairly dismissed by the National Gallery last year after decades of service. The claimants are asking to be recognised as employees or workers, and not self-employed.

Thoughts on the case: ‘This case involves a very topical legal question, that of status. Unlike other recent status cases, the tribunal will have to look at the day-to-day reality of the way the claimants worked, but also consider the unusual situation where the claimants paid taxes as employees but were denied all other employment protection. The case, which will be heard in November, will be crucial for the claimants and also for all those working in this way.’

The National Gallery said it ‘is not yet in receipt of the details of each complaint, but believes that we have acted both lawfully and fairly’.

Dealing with the media: ‘The media interest was intense from the outset. This is no surprise as this is the first “gig economy” case bringing the public sector under scrutiny. Unusually for this type of case, the claimants are highly skilled and had all paid PAYE for between 10 and 45 years, and yet had no rights. They did not receive any holiday pay, sick pay, pension or even statutory maternity pay.’

Career high: ‘Representing Stringfellow Restaurants Ltd against Ms Quashie – one of the first “gig economy” cases, and one which we won at the Court of Appeal in 2012. The claimant, a lap dancer, was found to be self-employed. Ms Quashie accepted she was self-employed and was responsible for paying her own tax.’

Why become a lawyer? ‘I wanted a career path using my skills: an ability to quickly master facts and then be able to apply these to the situation; to give clear advice; and to interact with people. I chose to specialise in employment law because I passionately believe in justice for both employer and employee.’

Career low: ‘In 2013 the government introduced fees of up to £1,200 to bring a claim, to cut the number of malicious and weak cases. Instead, this all but wiped out tribunal claims for ordinary people. The Supreme Court has now ruled fees are unlawful and the usual level of cases has returned. It is paramount for ordinary people to have access to justice.’