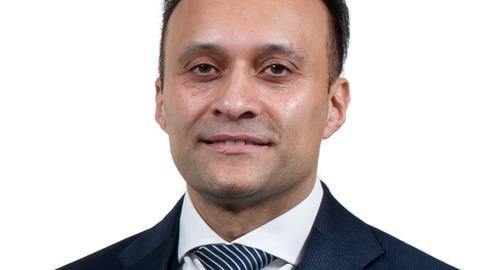 Lawyer in the news: Paul Millan

Why is he in the news? Represents alleged serial rapist Joseph McCann. Earlier this month, chief magistrate Emma Arbuthnot conducted a hearing inside Belmarsh prison after McCann refused to appear in court in person or via video link. McCann was due to appear via video link at a plea hearing at the Old Bailey on 23 May. A dock officer confirmed he refused to attend. A plea hearing has been set for 26 July.

Thoughts on the case: ‘This case involved wide-ranging issues including refusal by my client to attend the court and video link from Belmarsh prison. The argument was that the court had no power to conduct the “sending proceedings” in the absence of my client – referring to a defendant appearing or being brought before the court. This case highlighted and acknowledged the nature and procedural importance of the sending hearing, the principles of public interest and open justice. Without an effective hearing, the Crown would need to apply to the High Court for a voluntary bill of indictment. The chief magistrate then decided to convene the magistrates’ hearing at Belmarsh prison. One could argue that the court then became far more of a public spectacle. The hearing itself commenced in the conference room at Belmarsh and moved to a private hearing located in the healthcare wing with my client present, before concluding in the conference room.’

Dealing with the media: ‘This is the first time I have been placed in a room at HMP Belmarsh, with eight members of the press jockeying for my attention, while waiting nearly 90 minutes for the prosecutor and other court members to arrive. The media acted in a responsible manner throughout, especially due to the sensitive nature of the case. There were some eyebrows raised by the press when the court clerk turned up to Belmarsh prison with the court crest in an Argos bag.’

Why become a lawyer? ‘Growing up, I was inspired by other lawyers (in particular Nelson Mandela) and their endless pursuit of fairness, justice and a sense of holding the state accountable.’

Career high: ‘Founding a firm that is one of the largest criminal defence practices in the country, with the assistance of colleagues who have worked tirelessly in the pursuit of justice, fairness and diversity.’

Career low: ‘The demise of public funding has made everything far more difficult. I hope the current Ministry of Justice review of criminal legal aid fee schemes addresses many of the present inequalities faced by criminal defence suppliers nationally. Then we can have a sustainable, diverse and flexible market.’