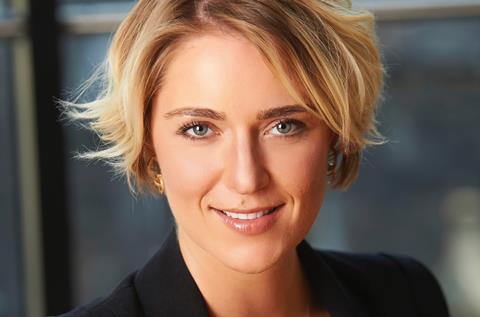 Why is she in the news? The firm acted for Labour MP and shadow justice secretary Richard Burgon in a libel case against the Sun. The tabloid published an online article in April 2017 claiming that he had joined a rock band which delighted in using Nazi symbols. The High Court held that the allegation was untrue and likely to cause the MP serious harm. Burgon was awarded £30,000 in damages.

A Sun spokesperson said: ‘We are deeply disappointed by this judgment and we will be appealing. We fundamentally disagree with the judge’s conclusions and, furthermore, fear they may act as a brake on the ability of the free press to hold those in power to account.’

Thoughts on the case: ‘This was an article about a parody of a Black Sabbath album cover, We Sold our Soul for Rock ‘N’ Roll. The Sun’s political editor chose to leave out that fact and instead allege that Richard Burgon was associating himself with an image containing Nazi symbols. These were untrue allegations that our client could not let stand unchallenged. He pursued the Sun and its political editor and, in finding that key facts were omitted, the judgment sent a clear message that the court will not condone irresponsible journalism and the publication of false allegations. In his evidence, Mr Burgon appreciated the importance of free speech and true political journalism but highlighted the difficulties that untruthful and incendiary articles can cause. Mr Burgon was awarded £30,000 in damages, which he will use to fund a justice internship for a young person from his local area.’

Dealing with the media: ‘In this case, our client used social media to tell his side of the story and mitigate the damage, but not everyone who is defamed has the opportunity to do that with any effect. There was a lot of press interest during the trial and after the judgment. When your client is a public figure, you have to be particularly well prepared.’

Career high: ‘Any case where we can successfully protect a client’s privacy – whether that’s someone’s children and family, their sexuality and relationships, their correspondence or home or anything else protected by human rights – gives me a work high. The importance of pre-publication protection cannot be overstated: after a story comes out, you can’t put the genie back in the bottle.’

Career low: ‘Dealing with people who seek to use the media or the threat of the media to manipulate and extort powerful individuals. As someone who has admired the power of the media in the #metoo campaign, I find it frustrating to see the influence of social media and the press used with malintent.’