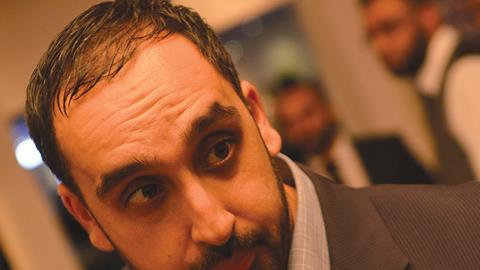 Why is he in the news? Represents a Muslim youth worker who was wrongly arrested at Luton airport and detained by police on suspicion of terrorist activity while on his way to a family holiday in Turkey.

Thoughts on the case: ‘It was tragic to learn that an innocent family may have had their holiday ruined and life turned upside down simply because of their race and/or religion. The case highlighted the importance of balancing human rights with the requirements of law enforcement. The rule of law exists to safeguard and balance the rights of individuals with the legal requirements imposed upon them. It is important to challenge instances where the rule of law may not have been observed to ensure that breaches have either not taken place or, if they have, that redress is secured.’

Dealing with the media: ‘It can be tricky as often you do not know how the news will be reported. Care has to be taken as to which media interviews are given, to ensure that the news is reported correctly in the right context and not twisted. It is best practice therefore to have a pool of trusted journalists or media outlets to whom you can report sensitive matters.’

Why become a lawyer? ‘I have always had a passion for human rights. Law gave me an avenue to actively engage in the defence of the rights of individuals in the police station, workplace and everyday life.’

Career high: ‘I was on the pilot episode of the Channel 4 documentary 24 Hours in Police Custody. I successfully represented a client accused of being involved in a conspiracy to murder, after which I was frequently referred to as the “no comment” lawyer.’

Career low: ‘I was making submissions during a hearing at a Crown court when my hand hit the jug full of water in front of me sending it flying on to the floor exploding in an almighty crash. To say it made an impact is an understatement.’