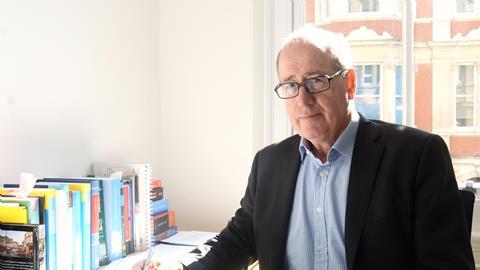 Why is he in the news? Represented Dr Chris Day, who secured a landmark victory in the Court of Appeal in his fight to establish whistleblowing protections for junior doctors.

Thoughts on the case: ‘My first thought is that it has been a lot of work. It has taken two years to get to this point and there is still a long way to go. Employment tribunals no longer dispense the “quick and speedy justice” they were set up to provide. As Lord Thomas said, “our justice system has become unaffordable to most’’.

‘Also, it takes not just money but a very committed client with a lot of support to take on the NHS. The support Dr Day has had from junior doctors suggests there is something very wrong in the medical profession at present.’

Dealing with the media: ‘The media have provided a lot of support too. Despite pressure from several quarters to convince them that there is no story here, several journalists have been keeping in touch with the case. The BBC has covered it on File on 4 and ITV has covered it on its website. Print media has been covering too, but the really intense coverage so far has been on social media. My feeling is that there is still a lot of light to be shone into some very  dark corners, and the big media stories are still to come.’

Why become a lawyer? ‘There are intellectual thrills to be had and involvement in real human drama. You get a chance to help people through great challenges in their lives. That can be inspiring. I have been humbled by the courage and integrity of some clients, and also of some lawyers. Sometimes you can get well paid.’

Career high: ‘I could say winning at the European Court of Justice, or leading a team of lawyers in 63 countries, but my wife would be right not to forgive me if I did not say it was the case where we met.’

Career low: ‘I lost my first employment tribunal claim. It hurt at the time and was quite embarrassing – but it probably did me good.’