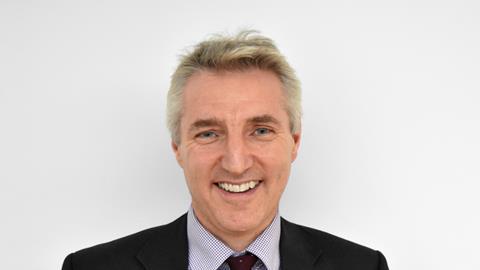 Who? Martin Bourne, partner at Knights 1759 in Oxford.

Why is he in the news? The firm acted for racehorse trainer Philip Hobbs over a landmark ruling by the British Horseracing Authority’s judicial panel. The BHA had appealed a disciplinary panel decision not to penalise Hobbs after his horse was found to have a banned substance in its sample after a race. The disciplinary panel decided the evidence showed that neither Hobbs, nor any other person, had intentionally administered the substance and that neither Hobbs nor any member of his staff had been at fault. The judicial panel upheld the original decision.

Thoughts on the case: ‘The appeal was (without precedent) brought by the BHA’s regulatory arm against the disciplinary panel’s decision. The chances of the appeal succeeding were, on paper, strikingly poor.

‘The BHA regulators were keen to create a precedent for the future application of the rule, putting the onus squarely on the trainer to establish how the drug had got into the horse. The panel rightly rejected the BHA’s submission that the rule implied such an obligation. By definition, cases of likely innocent contamination do not lend themselves to such proof.’

Dealing with the media: ‘The case was a good opportunity to talk about the firm’s work for the National Trainers Federation, which furthers the interests of its members as a group and in supporting trainers in their personal legal battles.’

Why become a lawyer? ‘I wanted to be a criminal lawyer rather than a lawyer. It offered the opportunity to make a decent living doing something enjoyable and stimulating. I enjoy getting to know people, arguing in general and trying to persuade people to agree with me, especially if they are disinclined to do so.’

Career high: ‘I acted for a man who crashed his car under the influence of alcohol. He pleaded guilty. I argued he should be sentenced on the basis of his intoxication levels at the time that he drove, not when he was breath-tested – as he was far more drunk. The judge said that the law meant that she was bound to sentence at the breath-test reading but the Divisional Court disagreed.’

Career low: ‘The slow death of publicly funded legal representation and the realisation that it was impossible to make a living by legal aid. Surrendering our legal aid contract was as hard as it was sensible. Happily, the skills are transferable to regulatory and professional disciplinary work.’