Business property relief is hugely valuable to taxpayers, particularly on death. Unfortunately, IHTA 1984, s105(3) denies relief for businesses which ‘consist wholly or mainly of… dealing in securities, stocks or shares, land or buildings or making or holding investments’. A number of decisions, two by the Court of Appeal (HMRC v George [2004] STC 147, McCall v HMRC [2009] NICA 12) have held that taking an income from land is an investment activity. Land-based businesses have become a battleground between taxpayers and HMRC. We await the decision of the Upper Tribunal on appeal in Vigne v HMRC and have just had the decision in Graham v RCC [2018] UKFT 306 (TC), the latest in a series of first-tier decisions on holiday lettings. 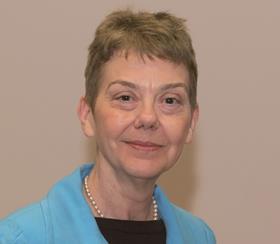 In Graham the tribunal summarised the principles as follows:

Section 105(3) was considered by the Upper Tribunal in HMRC v Pawson [2013] UKUT 50 (TCC), in which Henderson J refused to allow relief to a holiday letting business which provided very little in the way of additional services beyond making the property available for rent in a clean state. He said: ‘I take as my starting point the proposition that the owning and holding of land in order to obtain an income from it is generally to be characterised as an investment activity. Further it is clear from the authorities that such an investment may be actively managed without losing its essential character as an investment… accordingly the fact that the Pawsons carried on an active business of letting Fairhaven to holidaymakers does not detract from the point that, to this extent at least, the business was basically one of an investment nature.’

The taxpayer in Graham (the deceased’s daughter) took issue with Henderson J’s statement that his starting point was that the owning and holding of land in order to obtain an income from it is an investment activity. She argued that although the exploitation of a proprietary interest is generally an investment activity, there is a wide spectrum. Henderson J had failed to recognise that the spectrum is of equal if not more importance than the general principle.

The first-tier tribunal thought there was no need for the taxpayers to quarrel with Henderson J’s statement. He made it clear that what he was describing is ‘generally’ the case – leaving room for exceptions; and that he was dealing with cases where the owning and holding of land is ‘in order to obtain an income from it’. The taxpayer’s argument was that she used the property in question in major part for the provision of other activities and that the income was derived as much from those activities as from the supply of land.

The tribunal agreed it was necessary to consider the spectrum and assess where business lay on that spectrum. It also agreed with comments in McCall and repeated in Vigne that s105(3) must be construed as a whole. The words ‘mainly holding investments’ sit alongside ‘dealing in securities… shares land or buildings’. What is important is the objective pattern of use of an investment.

The tribunal accepted that only an exceptional letting business would fall on the non-investment side of the line. However, this was such a case. An intelligent businessman would have regarded the business as more like a family-run hotel than a second home let out in the holidays.

The decision, while only first instance, is encouraging for taxpayers with ‘land-based’ businesses and particularly for those with holiday lets. The recent case of Ross v HMRC [2017] UKFTT 507 (TC) had suggested that a holiday-letting business was fundamentally different from a hotel irrespective of the level of services provided. It will be interesting to see what the Upper Tribunal decides in Vigne.