In Abela and others v Baadarani [2013] UKSC 44, the Supreme Court provided important guidance on the interpretation and application of rule 6.15(1) and (2).

The claimants brought a claim for damages for fraud against the defendant in connection with a contract for the purchase of shares in an Italian company. On 22 October 2009, an untranslated copy of the claim form and other relevant documents were delivered to the offices of the defendant’s Lebanese lawyer in Beirut. That method of service had not been authorised by the judge and it was accepted that was not good service under Lebanese law.

The claimants then tried to effect service through diplomatic channels at the Beirut address. In December 2009, the claimants were informed by the Foreign & Commonwealth Office that service on the defendant could take a further three months. Sales J granted a further four-month extension to enable service of the claim form through diplomatic channels. 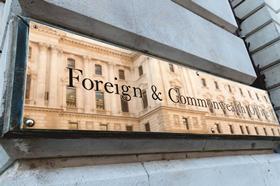 The defendant applied to set aside the various orders that had been made to extend time for service of the claim form and also sought to set aside the order permitting alternative service through his English and Lebanese solicitors. That application did not need to be determined because Sir Edward Evans-Lombe (the judge) made a declaration at the request of the claimants, pursuant to rules 6.37(5)(b) and/or 6.15(2), that the steps taken on 22 October 2009 constituted good service of the claim form.

The Court of Appeal reversed the first instance decision and held that the various extensions of time for service of the claim form should not have been granted. The claimants appealed to the Supreme Court. The court allowed the claimants’ appeal. Lord Clarke gave the leading judgment.

After reiterating that rule 6.15(2) could be used retrospectively to cure defects in service outside the jurisdiction, his lordship noted that orders under rule 6.15(1) and (2) can only be made if there was a ‘good reason’ to do so. On the facts, the judge had found that there existed good reasons to order that the steps taken in October 2009 constituted valid service. In doing so, the judge was not exercising a discretion but was reaching a value judgment based on the evaluation of a number of different factors. The greater the number of factors to be taken into account, the more reluctant an appellate court should be to interfere with the decision of the judge.

Lord Clarke strongly disagreed with Lord Justice Longmore’s assertion that the exercise of the court’s power under rule 6.15(1) and (2) was liable to make what was already an exorbitant power still more exorbitant, and that it had to be exercised cautiously and should be regarded as exceptional. His lordship went on to provide valuable clarification of the basic test that must be applied. The test was for the claimant to show a ‘good reason’ under rule 6.15 and nothing more. As Lord Clarke put it: ‘I do not think that it is appropriate to add a gloss to the test by saying that there will only be a good reason in exceptional circumstances. Under CPR rule 6.16, the court can only dispense with service of the claim form “in exceptional circumstances”. CPR rule 6.15(1) and, by implication, also 6.15(2) require only a “good reason”. It seems to me that in the future, under rule 6.15(2), in a case not involving the Hague Service Convention or a bilateral service treaty, the court should simply ask whether, in all the circumstances, there is good reason to order that steps taken to bring the claim form to the attention of the defendant is good service.’

Lord Clarke agreed with the judge’s argument that the defendant, through his advisers, was fully appraised of the nature of the claim being brought. The purpose of service was clear: it was to bring the proceedings to the notice of the defendant, and this had been achieved through service of the claim form on the defendant’s Lebanese and London lawyers. Furthermore, the judge had correctly had regard to the fact that service through diplomatic channels in Lebanon had proved impractical, and any attempt to pursue this course of action would cause further delay. The judge had also noted that

the respondent was unwilling to co-operate with service of the proceedings by refusing to disclose his address.

These were all relevant factors which justified the judge’s decision under rule 6.15(2). The defendant’s contention that the judge had failed to take account of the three-and-a-half month delay between the time the claimants issued the claim form and the time they instructed counsel to settle particulars of claim was, in Lord Clarke’s opinion, irrelevant. The crucial points were that the documents were delivered within the six months’ validity of the claim form and brought to the attention of the defendant and that service through diplomatic channels would have caused delay. Thus, the judge had not made an error of principle.

A number of issues arise from Baadarani. Rule 6.15(2) simply requires a ‘good reason’ to be shown for an application to succeed. In seeking to apply this test, the courts will consider the facts of each case in determining whether ‘good reasons’ exist.

The Court of Appeal’s interpretation of rule 6.15(2) set the test at a higher threshold and one which would have unduly restricted its application in circumstances which would otherwise justify an order being made.