Cliff Richard vs the BBC

On 14 August 2014, the Berkshire home of Sir Cliff Richard was searched by South Yorkshire Police (SYP) in connection with allegations of historic child sexual abuse. The BBC broadcast the search more or less as it was taking place, giving it extensive coverage, including aerial helicopter shots. Richard was subsequently questioned but was neither arrested nor charged and was told in 2016 that he was no longer under investigation. In a lengthy judgment (Sir Cliff Richard OBE v (1) The British Broadcasting Corporation (2) Chief Constable of South Yorkshire Police ([2018] EWHC 1837 (Ch)) highly critical of the BBC, Mr Justice Mann found that Richard’s privacy rights under article 8 of the ECHR had been breached. General damages of £190,000 were awarded. Aggravated damages of £20,000 were also awarded due to the submission of the broadcast for an award. Mann J also found that the BBC was more responsible for the breach than SYP and awarded a split of 35%-65% between the two. 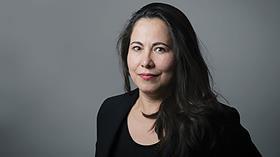 Do police investigations create a legitimate expectation of privacy?

The initial question of whether a police investigation can give rise to a legitimate expectation of privacy had not previously been the subject of clear judicial determination. Mann J in his ruling held that while this is a fact-sensitive question not susceptible to a ‘universal answer’, as a matter of general principle a police investigation does give rise to such an expectation. The expectation is not ‘an invariable right to privacy’ – there may be reasons why the expectation may be displaced, but it is the starting point (paragraphs 248-251). A police search would not, without more, displace that expectation, notwithstanding the fact that the obtaining of the search warrant is a judicial exercise (albeit a private one). Mann J confined these findings to the search as opposed to any subsequent arrest but noted that if arrest should remain private, then pre-arrest measures should not be any different (255).

A reasonable expectation of privacy is not necessarily diminished because the individual is a public figure (RocknRoll v News Group Newspapers Ltd [2013] EWHC 24 (Ch)). There might be operational reasons for disclosure, but the right to privacy is not affected simply because the information has come into the media’s hands (258-259). In this case, Mr Johnson, the BBC journalist, had acquired ‘private information in circumstances which did not destroy the privacy’ right and it was not disclosed ‘for good operational reasons’ (260). As a result, Mann J found article 8 was engaged.

Mann J then went on to consider the guidance of the ECtHR in Axel Springer v Germany [2012] EMLR 15. In answering the question of whether the publication could be regarded as a contribution to a debate of public interest, Mann J distinguished between: a) an investigation into the actions of an unidentified celebrity; and b) the identification of the individual. He held that ‘[i]t does not follow that, because an investigation at a general level was a matter of public interest, the identity of the person concerned also attracted that characterisation’ (280-282). In any event, he considered that the BBC was less concerned with the public interest and more concerned with the chance to ‘scoop’ their competitors and the fact that it was a big story.

Mann J accepted to an extent that a person placing themselves in a public role might, in certain circumstances, lead to a reduction in their right to privacy, and that Richard’s well-known religious beliefs could make disclosure of actual ‘unchristian’ conduct something to which he was vulnerable. However, there was a distinction between that and ‘unsubstantiated allegations, or investigations, into unproved conduct’. In fact, the contrast between the conduct alleged and his Christian views was what made ‘the publication of the material… capable of being so intrusive and… so damaging to his reputation and life’ (286).

Mann J also held that while some subterfuge on the part of journalists can be justified, that was not the case here. Information which was obviously sensitive and private in nature was obtained from a source which the BBC reporter knew should not have revealed it. The information was confirmed and then bolstered as the result of a threat (as perceived by SYP) to publish the material. The publication was undertaken with what Mann J describes as a ‘significant degree of breathless sensationalism’ (300). The disclosure of the police investigation would have been serious for Richard once it became widely known, but the effects were amplified by the manner in which the investigation was publicised.

Balance between articles 8 and 10

In ruling in favour of Richard, Mann J found that the effects of disclosure, given the nature of the allegations, meant that the BBC’s rights to freedom of expression did not tip the balance away from Richard’s privacy right. The stigma associated with allegations of the utmost seriousness was affected by the fact that the public failed consistently to keep in mind the presumption of innocence. While acknowledging the public interest in the reporting of offences of historic sex abuse, he rejected the suggestion that this should lead to the identification of the individual concerned in circumstances such as this. The impact of the breach was magnified by the style of reporting.

The implications of this case on pre-charge reporting are significant. While it does not deal directly with arrest, that too forms part of a police investigation and the public naming of individuals at this stage is also likely to be caught by the ruling. Furthermore, it clarifies that damage to reputation can be litigated as a breach of the privacy right under article 8 as well as in defamation. It seems likely however that the BBC will appeal this decision and that the matter will be the subject of further judicial pronouncement in due course.

Patricia Londono is a barrister at Red Lion Chambers. This is an edited version of an article commissioned by the UK Human Rights Blog