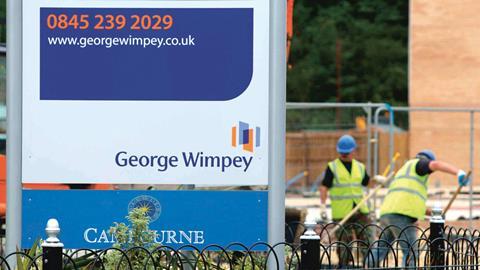 What should commercial property lawyers look out for, to make sure their drafting does not end up before a judge?

Housing is top of the political agenda in London as well as in other parts of the country. The demand for housing is evident: it is the lack of supply which is forcing house prices to levels unaffordable for many.

The government has recently announced measures to try and improve the supply side of the equation. It will directly commission new affordable homes, using smaller builders, and a ‘Cutting Red Tape’ review of the housebuilding sector has been commissioned by the Cabinet Office. Add to this help-to-buy and matching funds for first-time buyers saving for deposits, and there is considerable potential for development work for solicitors.

A comprehensive analysis of development issues is beyond the scope of this article. However, overage clauses (sometimes called ‘clawback’) in agreements are a fertile source of litigation. What should commercial property lawyers look out for, to make sure their drafting does not end up before a judge?

No one likes to sell land to a developer who then makes a huge profit on the land within a matter of weeks. Government and other public bodies consider that the statutory obligation to achieve best value contained in the Local Government Act 1972 means that they need to be able to share in any increased land value which results from the grant of planning permission. The entitlement to this further consideration is called either overage or clawback, and generally requires more protection than a mere contractual obligation.

The most-used mechanism is a deed of covenant by which the developer: agrees to pay overage; agrees to a restriction on the register preventing any disposition without the consent of the covenantee; and agrees not to dispose of the land unless a new covenant in similar terms is obtained from the new owner or the overage is paid. There are a number of Land Registry standard forms suitable for the purpose, such as Form L. Before the land can be sold, the buyer provides a new deed of covenant or the party entitled to the overage certifies that any money due from that sale has been paid. The developer will want contractual obligations from the party entitled to the overage to deal promptly with Land Registry.

Whether overage payments can be secured by way of a legal charge will depend on the buyer’s finances: banks will want a first legal charge. In Groveholt Ltd v Hughes [2005] EWCA Civ 897, a liquidator disclaimed the overage contract as an onerous contract. The seller who had been entitled to the overage was only able to claim under the charge to the extent that the overage liability had accrued up to the date of the disclaimer.

Parent company guarantees may be acceptable as security for overage if the payment is expected in the short term. However, the purpose of a restrictive covenant is to secure a benefit to the retained land. Restrictive covenants are not, therefore, effective to secure a money payment (Cosmichome Ltd v Southampton City Council [2013] EWHC 1378).

However, the most litigated element of overage agreements is not the various legal methods of protection, but whether the parties’ agreement has been correctly documented. A whistlestop review of some of the cases gives an indication of the unintended consequences which can arise. In Walton Homes Ltd v Staffordshire County Council [2013] EWHC 2554 a former school playing field was to be valued on the basis that planning permission for residential development did not exist, in order to share the uplift in value created by the grant of planning permission.

What, though, of the recommendation of the planning officer and the resolution to grant made by the planning committee? The independent valuer appointed to resolve the dispute took it upon himself to disregard them too, in order to give effect to the parties’ intentions, and the court held he was right to do so.

In George Wimpey UK Ltd v VI Components Ltd [2005] EWCA Civ 77 the overage formula was so complicated that on the 12th round of negotiations, no one noticed when part of the formula was missed out. In that case, a sophisticated buyer of legal services decided that the overage formula was mainly commercial, so the solicitor’s role was confined to inserting a formula agreed between the parties direct. This resulted in an unexpected windfall for the seller.

Overage was due when all the houses on a former military base were demolished in Ministry of Defence v County and Metropolitan Homes (Rissington) Ltd [2002] EWHC 2113 (Ch). The developer’s plans changed during the planning process, with the result that two of the houses were not demolished but were converted instead. A purposive construction saved the obligation to pay overage to the MoD.

In Renewal Leeds v Lowry Properties [2010] EWHC 2902, overage was due when the last house was sold. The developer refused to sell the last four houses – there was no express obligation to sell all the houses or even any of them. The court was prepared to imply a term requiring the developer to sell the houses as soon as practicable. Following the decision in Marks & Spencer plc v BNP Paribas Security Services Trust Company (Jersey) Ltd and others, [2015] UKSC 72, it is clear that the courts are less likely to imply terms into commercial contracts than in the past. The test is whether the implied terms are strictly necessary for business efficacy.

The leading case on interpretation of contracts, Chartbrook Ltd v Persimmon Ltd [2009] UKHL 38, is an overage case. A formula expressed in words could be calculated in two ways: should the seller be paid 23.4% of all sales or 23.4% of sales if the scheme performed better than expected? Persimmon had to go all the way to the House of Lords to find the result was the latter.

Overage terms are difficult to record properly and thoroughly. Solicitors should make sure they set aside enough time for the task, and that their clients understand the value of lawyers’ work in protecting the commercial agreement. If ever there was a time to have a colleague read your drafting with fresh eyes, to work through the terms with some actual numbers and make sure that more than one person on the team understands how the payments are going to work, an overage agreement is the place to start.