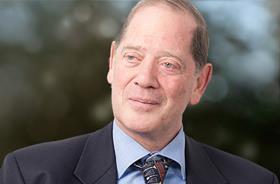 Many applications are made by both defence and prosecution for adjournments. The courts are anxious that cases should proceed but it is essential that they consider every set of facts against all the criteria set out in CPS v Picton [2006] EWHC 1108 (Admin). The power to adjourn could be exercised by a legal adviser. However, if the defence seeks an oral hearing, that should normally be allowed, or at least written observations from the defence should be sought (Bourne v Scarborough Magistrates’ Court [2017] EWHC 2828 (Admin)).

In R (Decani) v City of London Magistrates’ Court [2017] EWHC 3422 (Admin), an adjournment should have been refused when the defence served notice that a witness (as to a statutory procedure) was required and had not been warned by the Crown. The defence had pleaded a positive case – this was not a case of an abuse of the court’s procedures as in Hassani [2017] EWHC 1270 (Admin). By contrast, in R (DPP) v Birmingham Magistrates’ Court [2017] EWHC 3444 (Admin) the Crown should have been allowed an adjournment when on the day of trial a fully cooperative complainant of sexual assault had called in to say that five members of her family had just been killed in an accident in Yemen and she would not be able to attend. There was no detail provided or supporting evidence available. This was a serious allegation and it was unrealistic to expect more information in the time available.

A Bail Act offence is not ‘related to’ a substantive matter in that it does not arise out of circumstances which are the same as or connected with those giving rise to the indictable offence. Bail Act offences are sui generis and are triable only in the court at which bail was granted (R v Osman [2017] EWCA Crim 2178).

Solicitors need to note carefully the decision in Mishra v Colchester Magistrates’ Court [2017] EWHC 2869 (Admin) that there is no power to extend the 21-day time limit to invite a magistrates’ court to state a case. The work is covered by the magistrates’ court representation order and application must comply with Criminal Procedure Rule 35.2:

(a) specify the decision in issue;

(b) specify the proposed question or questions of law or jurisdiction on which the opinion of the High Court will be asked;

In Loake v CPS [2017] EWHC 2855 (Admin) the court considered the application of the M’Naghten rules. They go not only to mens rea but recognise the principle that criminal punishment should be imposed only upon those who are responsible for their actions (he does not know what he is doing is wrong – that is, conduct being contrary to law). As a result, insanity is available in all courts to a defendant charged with an offence of harassment under section 2 of the Protection from Harassment Act, notwithstanding that it is an offence where a person ought to know. The court observed that the need for a ‘course’ of conduct may make it very difficult for the defence to meet the test for each separate event.

R v Grimes [2017] NICA 19 emphasises the importance of evidence of general reputation, which is admissible from character witnesses, and particularly when the defendant’s credibility was central to the defence. A good character direction was insufficient. Defence solicitors also understand that such witnesses are often more persuasive in person and should resist pressure from the court merely to have their statements read.

On 24 May, for cases sentenced on or after that day, whenever the offence was committed, a new definitive guideline comes into effect in relation to domestic abuse. The publicity surrounding a new guideline always emphasises the more punitive elements. These cases represent a significant part of the workload of defence solicitors and the guideline is more nuanced than the publicity would suggest. The significant changes are the reference to domestic abuse rather than merely violence and that, whereas the existing guideline states that domestic violence is no less serious than other forms, this guideline makes clear it is more serious because an element of trust is betrayed.

The guideline applies to many offences, including in particular controlling and coercive behaviour under section 76 of the Serious Crime Act 2015. It sets out aggravating and mitigating factors. Significant sections for defence lawyers have been italicised in the following extracts:

‘Offences involving serious violence, or where the emotional/psychological harm caused is severe will warrant a custodial sentence in the majority of cases.

‘Passing the custody threshold does not mean that a custodial sentence should be deemed inevitable. Where the custody threshold is only just crossed, the court will wish to consider whether the better option is instead to impose a community order, including a requirement to attend an accredited domestic abuse programme or domestic abuse specific intervention. Such an option will normally only be appropriate where the court is satisfied that the offender genuinely intends to reform his or her behaviour and that there is a real prospect of rehabilitation being successful.’

The court should ordinarily consider, before ordering immediate destruction, whether to exercise the power under section 4A(4) of the Dangerous Dogs Act 1991 to order that, unless the owner of the dog keeps it under proper control, the dog shall be destroyed. Such a contingent order of destruction under that provision may specify the measures to be taken by the owner for keeping the dog under control whether by muzzling, keeping it on a lead, or excluding it from a specified place or otherwise.

A court should not order destruction if satisfied that the imposition of such a condition would mean the dog would not constitute a danger to public safety. In deciding what order to make, the court must consider all the relevant circumstances which include the dog’s history of aggressive behaviour and the owner’s history of controlling the dog concerned in order to determine what order should be made.

Where a dog that is dangerously out of control injures someone and the dog’s owner is convicted of the aggravated offence under section 3(1) of the 1991 act, the sentencing court must order the dog’s immediate destruction, unless the court is satisfied that the dog will not constitute a danger to public safety. The burden of satisfying the court that the mandatory consequence of destruction should be displaced falls upon the person asserting that the dog would not constitute a danger to public safety.

One way in which that burden may be satisfied is by persuading the court that, although without conditions the dog might pose an unacceptable risk to the public, with conditions the dog would not. In which case the court should make a contingent (rather than an immediate) destruction order. Before making an immediate order, the court should consider whether a contingent order would be sufficient to reduce the risk that the dog poses to the public to an acceptable level.