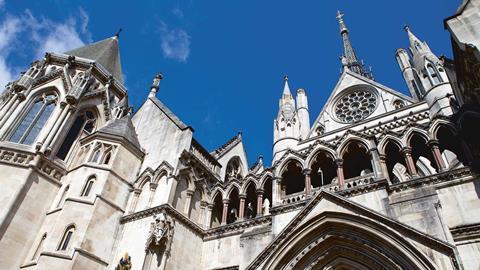 Failing to respond to ADR invitation

The Court of Appeal in the recent case of PGF II SA v OMFS Company 1 Limited [2013] EWCA Civ 1288 has given its strongest support for alternative dispute resolution since its decision in Halsey v Milton Keynes General NHS Trust [2004] 1 WLR 3002. More significantly the case considered, for the first time as a matter of principle, the following question: what should be the response of the court to a party which, when invited by its opponent to take part in ADR, simply declines to respond to the invitation in any way?

It will be remembered that the court in Halsey identified a refusal to participate in ADR as a form of unreasonable conduct of litigation which could result in cost penalties. But this was the first time that the court considered the situation in which a party simply refuses to respond to an invitation to engage in ADR. Briggs LJ’s judgment in PGF raises a number of extremely significant issues for those who engage in litigation. Although the case also dealt with certain aspects of part 36, this update is only concerned with the court’s decision concerning ADR.

The Court of Appeal set out the following principles in Halsey: (i) the court should not compel parties to mediate even were it within its power to do so. This would risk contravening article 6 of the European Convention on Human Rights, and would conflict with a perception that the voluntary nature of most ADR procedures is a key to their effectiveness; (ii) nonetheless the court may need to encourage parties to embark upon ADR in appropriate cases, and that encouragement may be robust; (iii) the court’s power to have regard to the parties’ conduct when deciding whether to depart from the general rule, that the unsuccessful party should pay the successful party’s costs, includes power to deprive the successful party of some or all of its costs on the grounds of its unreasonable refusal to agree to ADR; (iv) for that purpose the burden is on the unsuccessful party to show that the successful party’s refusal is unreasonable. There is no presumption in favour of ADR.

The Court of Appeal adopted and explained a non-exclusive list of factors likely to be relevant to the question of whether a party had unreasonably refused ADR: (i) the nature of the dispute; (ii) the merits of the case; (iii) the extent to which other settlement methods have been attempted; (iv) whether the costs of the ADR would be disproportionately high; (v) whether any delay in setting up and attending the ADR would have been prejudicial; (vi) whether the ADR had any reasonable prospect of success.

At the hearing the claimant argued that the defendant was unreasonable to have refused to participate in ADR. The ADR point succeeded in part, in the sense that, while depriving the defendant of its costs for the relevant period, the judge did not accept the claimant’s submission that it should also be paid its costs for that period. Permission to appeal the ADR point was granted by Gross LJ on the ground that the application of the Halsey case to the facts might be of potentially wide importance.

Giving the leading judgment, Briggs LJ emphasised and reinforced the importance of the role and success of ADR in settling disputes. His lordship made reference to empirical research conducted by the Centre for Effective Dispute Resolution which indicated the high rate of success when disputing parties engaged in mediation. Further, the Court of Appeal’s own ADR pilot scheme had a success rate of 50%. There was also, Briggs LJ noted, the cost benefits to the parties and to court resources which ADR achieved.

Briggs LJ also made reference to the ADR Handbook (endorsed by the Judicial Council, the Civil Justice Council and the Civil Mediation Council) which provides advice at paragraph 11.56 as to the steps which a party faced with a request to engage in ADR, but which believes that it has reasonable grounds for refusing to participate at that stage, should consider in order to avoid a costs sanction. The advice includes:

Not ignoring an offer to engage in ADR;

Briggs LJ did not hesitate in endorsing the advice given in the ADR Handbook that silence in the face of an invitation to participate in ADR is, as a general rule, of itself unreasonable, regardless of whether an outright refusal, or a refusal to engage in the type of ADR requested, or to do so at the time requested, might have been justified by the identification of reasonable grounds. This was a general rule because there may be, Briggs LJ acknowledged, ‘rare cases where ADR is inappropriate that to characterise silence as unreasonable would be pure formalism’.

Practical and policy reasons underpinned Briggs LJ’s decision to extend the principles established in Halsey. First, giving reasons for refusal at a later date and to the court would pose ‘forensic difficulties for the court and the inviting party… the question whether the belatedly advanced reasons are genuine at all’. His lordship rejected the defendant’s contention that the unreasonableness test in Halsey was objective and stated: ‘When the question concerns the reasonableness or otherwise of a party’s conduct, the party’s own perceptions may play an important part in the analysis, as is apparent from the treatment of a party’s reasonable belief in the strength of its case, in Halsey at paragraph 26, rejecting as too narrow the purely objective approach applied by Lightman J in Hurst v Leeming [2003] 1 Lloyds Rep 379.’

Second, the failure to provide reasons for refusal was destructive of the real objective of the encouragement to parties to consider ADR, to discuss ADR and to engage in ADR. Although difficulties may arise as to who should bear the cost of the mediator’s fees or whether another form of ADR process is suitable, these issues were common in other aspects of the litigation process, for example when appointing experts. These difficulties were not, according to Briggs LJ, irreconcilable.

This second reason also served the policy of proportionality. As Briggs LJ explained: ‘A positive engagement with an invitation to participate in ADR may lead in a number of alternative directions, each of which may save the parties and the court time and resources. The invitation may simply be accepted, and lead to an early settlement at a fraction of the cost of the preparation and conduct of a trial. ADR may succeed only in part, but lead to a substantial narrowing of the issues.

‘Alternatively, after discussion, the parties may choose a different form of ADR or a different time for it, with similar consequences. In some cases the exchange of views may lead to an early appreciation that the interests of the parties would best be served by the earliest possible trial of an issue of law or construction, as indeed occurred in the second of the cases under review in Halsey where, in the event, the trial lasted a mere two hours.’

On the facts of PGF, Briggs LJ found that the defendant’s silence in the face of the claimant’s repeat invitations to engage in mediation did amount to a refusal to engage in mediation. Also, the mere fact that the defendant had made a part 36 offer did not indicate that defendant’s belief in the strength of its case and therefore was not evidence of a reasonable refusal to mediate.

What would be the approach of the court where it found a party to have unreasonably refused mediation? Briggs LJ acceded to the defendant’s submission that a finding of unreasonable conduct constituted by a refusal to accept an invitation to participate in ADR, or a refusal even to engage in discussion about ADR, produces no automatic results in terms of a costs penalty. It was, Briggs LJ explained, ‘simply an aspect of the parties’ conduct which needs to be addressed in a wider balancing exercise. It is plain both from the Halsey case itself and from Arden LJ’s reference to the wide discretion arising from such conduct in the Hewitt case, that the proper response in any particular case may range between the disallowing of the whole, or only a modest part of, the otherwise successful party’s costs.’

While in principle the court must have that power, it seems to me that a sanction that draconian should be reserved for only the most serious and flagrant failures to engage with ADR, for example where the court had taken it upon itself to encourage the parties to do so, and its encouragement had been ignored. In the present case the court did not address the issue at all. I therefore have no hesitation in rejecting Mr Seitler’s submission that the judge did not go far enough in penalising the defendant’s refusal to engage with ADR.’

PGF is extremely important for a number of obvious reasons. It provides, for the first time, significant guidance as to the courts’ approach to a party which has simply failed to respond to invitations to engage in ADR and, consequently, extends the established principles of Halsey. The decision clearly draws on the guidance set out in the ADR Handbook and reinforces Jackson LJ’s endorsement of ADR as a necessary mechanism within the civil justice system.

It is not surprising, therefore, that Briggs LJ gave a strong warning to those who engage in litigation when he said: ‘This case sends out an important message to civil litigants, requiring them to engage with a serious invitation to participate in ADR, even if they have reasons which might justify a refusal, or the undertaking of some other form of ADR, or ADR at some other time in the litigation. To allow the present appeal would, as it seems to me, blunt that message. The court’s task in encouraging the more proportionate conduct of civil litigation is so important in current economic circumstances that it is appropriate to emphasise that message by a sanction which, even if a little more vigorous than I would have preferred, nonetheless operates pour encourager les autres.’

However, it is interesting to note that Briggs LJ appears to have maintained the status quo as to the appropriate penalty which the courts should impose on a party which is found to have unreasonably refused to engage in ADR – such a party would only be required to pay the costs of an unsuccessful party in rare circumstances.