How public authorities should behave

A judicial review of a district judge’s decision on costs has highlighted various volte-faces by Derbyshire County Council in dealing with a member of the public. This illustrated conduct falling ‘significantly short of what could reasonably be expected of a public authority in the present context, and… would represent a serious injustice if the council were not liable for [the claimant’s] reasonable and proportionate costs… in pursuing her application to its successful conclusion’. So found Kenneth Parker J on 27 June in Derbyshire County Council v High Peak Magistrates’ Court and Kate Marlow (Interested Party) [2013] EWHC 1762 (Admin).

The case concerned obstructions to a public footpath in the New Mills area that ran past (among others) a cottage occupied by Ms Marlow since 2005 and Noonsum Farm, the owner of which had in 2002 carried out redevelopment works on his property which caused the obstruction(s) in question. The obstruction apparently caused ‘significant prejudice to the public’. Following unsuccessful endeavours to achieve informal remedial resolution, Marlow served notice on the council under section 130A of the Highways Act 1980 requesting that the highway authority secure the removal of the obstruction. While initially the council did act in favour of Marlow by serving statutory notice on those responsible for the obstruction, the council then changed its position, contending that the works had not ‘significantly’ interfered with the exercise of public rights of way by foot as required by section 130B(4)(c) of the 1980 act. 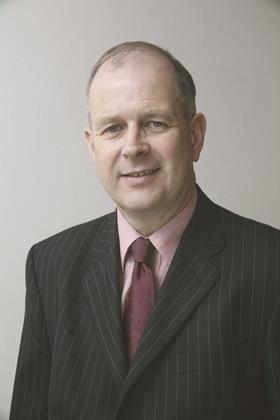 Marlow subsequently served a second section 130A notice on the council that resulted in the council serving notice (among others) on the landowners over whose land the footpath ran if a suitable scheme for restoration of accessibility was not put forward by a specified date. Nevertheless, the deadline passed with no scheme of works forthcoming from the landowner. This was followed by ‘simply a deafening and quite astonishing silence’ about what was happening within the council, with nothing being said to Marlow to indicate that the council was once again changing its position.

Minutes before a preliminary hearing of an application by Marlow under section 130B of the 1980 act for the council to secure the removal of the obstruction, Marlow was told by Ruth Stockley (new counsel instructed by the council which had earlier obtained advice from different counsel), that the council had shifted from the unequivocal position it had previously adopted and would now be resisting Marlow’s application. As the court noted, Marlow was not legally represented, understandably not having any reason to anticipate the council’s (further) change of position.

At a later stage, the dispute between the council and Marlow was resolved by consent order, and in an open letter the council agreed to pay Marlow’s reasonable and proportionate costs. However, following further advice, the council changed its position again, saying that it no longer agreed to pay Marlow’s costs. Consequently, it was necessary to have a hearing before the district judge to establish the council’s liability to pay costs. The district judge found (among other things) that the council had ‘undoubtedly acted unreasonably in the exercise of their statutory administrative duties… causing unnecessary delay and significant additional costs, consistently throughout the life of this case’.

Conversely, the district judge said: ‘Ms Marlow has persevered and stood out as a beacon of commitment and reasonableness to her cause, identified in her application, and in my view she must be reasonably compensated for the costs she has necessarily and properly incurred in successfully bringing these proceedings against what I regret to say has been an intransigent and misleading public authority.’

The district judge trenchantly added that: ‘What we have in this case is a public authority which has dragged its feet for a considerable period of time, and altered its position in important matters of principle, at times, supporting and indeed virtually encouraging Ms Marlow in her pursuit of seeking the removal of the unlawful obstructions, only to alter their position, contest this matter and then just days before a three-day scheduled contested hearing sign a consent order in effect agreeing to all that the applicant has sought from day one.’

In the circumstances, the district judge found that this was a matter eminently suitable for a positive exercise of discretion to award just and reasonable costs to Marlow. In the Administrative Court, Kenneth Parker J agreed, indicating that: ‘The council’s conduct fell significantly short of what could reasonably be expected of a public authority in the present context, and it would represent a serious injustice if the council were not liable for Ms Marlow’s reasonable and proportionate costs incurred in pursuing her application to its successful conclusion.’

The factual matrix as outlined paints an unfortunate picture of incoherent administrative practice that must have felt like a waking nightmare to Marlow, who had to endure (as the Administrative Court put it) ‘a very lengthy, hard fought and at times frustrating contest with the council’. The narrative outlined in the judgment in fact appears to constitute an excellent primer as to how a public authority should not behave in such circumstances. As Lord Bridge had indicated back in March 1988 in Tower Hamlets London Borough Council v Chetnik Developments Ltd [1988] 1 All ER 961, parliament must have intended public authorities to act in the same high-principled way expected by the court of its own officers. For ‘statutory power conferred for public purposes is conferred as it were upon trust, not absolutely – that is to say, it can validly be used only in the right and proper way which parliament when conferring it is presumed to have intended’.