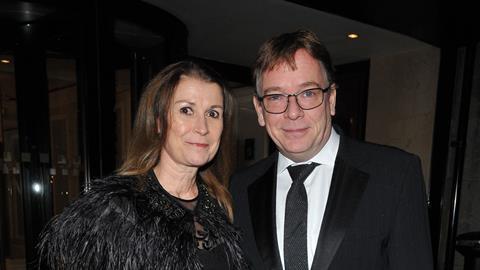 How to treat post-separation earnings

Much has been made in the press recently about Adam Woodyatt’s (AKA Ian Beale in EastEnders) landing a lucrative TV deal while his estranged wife, Beverley Sharp, struggles financially. This conclusion has been drawn from the pictures of Sharp apparently shopping for discount groceries – a deed I dare say most of us have committed. Sharp was allegedly ‘unimpressed’ by Woodyatt’s £250k signing-on fee for the well-known ‘I’m a Celebrity’ series. In fact, the couple separated two years ago in August 2019, with Woodyatt allegedly ‘walking out’ after 21 years of marriage. The parties have two adult children together, Jessica Jade (28) and Samuel James (23). The divorce is yet to be finalised, so could Sharp be entitled to any of the I’m a Celebrity fee?

There have been cases providing guidance on the problem of how to treat post-separation earnings before financial settlement. These include Rossi v Rossi [2006], Waggott v Waggott [2018] and C v C [2018]. This issue arises in circumstances where the couple do not divorce immediately, but also do not put in place a financial separation agreement, and one party goes on to earn extraordinarily. It is not known whether Woodyatt and Sharp entered into a separation agreement, or indeed a post-nuptial agreement, to provide more financial certainty from the split. However, they would not be the first to overlook these technical matters, which often get lost in the emotional aftermath of a divorce.

Post-separation accrual can be said to fall into three categories: i) new ventures; ii) passive economic growth on a matrimonial asset (for example pensions, savings and property); iii) active economic growth on a matrimonial asset (for example an actively managed investment portfolio as in Cooper-Hohn v Hohn). The case law shows that it is essential to make the distinction between passive and active growth of a post-separation asset. Nicholas Mostyn QC confirmed in Rossi v Rossi that passive growth will not qualify as non-matrimonial property and that it should be shared equally.

One question arising in Waggott was whether the husband’s earning capacity could be treated as a matrimonial asset, entitling his spouse to a continuing share of his income. This argument was categorically rejected because an extension of the sharing principle to post-separation earnings would undermine the court’s ability to implement a clean break between the divorcing couple. In Woodyatt’s case, his earning capacity will therefore not be treated as a matrimonial asset. Equally, his signing-on fee is likely to be treated as a new venture ‘acquired by virtue of his own industry’ which will usually mean it is deemed non-matrimonial property.

Woodyatt may also take comfort from C v C. In this case the husband applied the principles of Waggott and was able to preserve a portion of his post-separation earnings as non-matrimonial property that should not be shared. The husband was successful in arguing that £6.5m of his earnings as an investment banker should be excluded from the matrimonial pot of £26.3m. The wife’s contributions to the family after the split were insufficient to bring the post-separation monies back into the matrimonial pot. The remainder of the pot was therefore divided equally between the parties. However, this type of division is likely to be an easier judicial exercise in big money cases where there is no doubt that the spouse’s needs can be met from the ‘basic’ award.

So, what if the wife’s needs are not met from a share of the matrimonial pot? If it is true that Sharp is struggling financially then she may be able to capture some of Woodyatt’s post-separation wealth to meet her needs. It is settled law that arguments on post-separation accrual will be redundant if need dictates those assets require invasion (White v White).  Much will depend on what Woodyatt is willing to offer Sharp and what assets are deemed matrimonial and available to meet her needs. The children are adults so any arguments by the wife around housing them will be very limited. Valuations of the matrimonial assets will need to be carried out to understand what a fair outcome might be for both parties.

It is reported that Woodyatt is paying Sharp interim maintenance and that he left the Warwickshire family home to live in a luxury £93k motor home while he toured the country with a theatre company. This would suggest that Sharp’s housing and income needs are being met if she remains in the family home, on at least an interim basis. It is hoped that the parties can reach a private settlement to keep this matter out of court and that the only trial Woodyatt has to endure involves creepy crawlies.

Fiona Lyon is a partner at Anthony Gold, London