Limitation in claims against legal advisers

The Court of Appeal has recently grappled with three different claims against legal advisers, in which limitation issues were key. In two of the cases, the court had to undertake the notoriously tricky task of working out when the six-year limitation period started running for a claim in negligence. 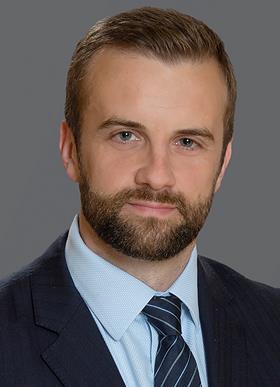 This can be a difficult area of law. As a starting point, a claimant must bring its claim in negligence within six years from the date on which it first suffered actionable damage. But identifying that moment at which the limitation clock started ticking can be challenging. This is especially so if the claimant only felt the sting of an adverse financial impact upon some later event occurring. Here, issues as to whether the loss is properly ‘contingent’ or not will loom large.

Also, where negligent advice was given but the limitation period for claim has since expired, can a later breach of duty by that same defendant – in connection with the same underlying matter – open the door to enabling the claimant to recover at least some of the losses it has suffered?

The court’s decisions in Elliot v Hattens [2021] EWCA Civ 720 and Sciortino v Beaumont [2021] EWCA Civ 786 provide helpful clarity in these areas, which is important for any professional defendant who is faced with a claim that is (as is often the case) related to matters that took place a long time ago.

The judgments provide a useful reminder of how, if scrutinised carefully, limitation issues can ride to the rescue and allow a defendant adviser to defeat all, or part, of a claim against it – even where the adviser otherwise finds itself on the back foot on issues of liability and causation.

In this case the claimant, Ms Elliot, instructed the defendant solicitors in connection with her letting and sub-letting of a property.

In preparing the necessary lease documentation, the solicitors failed to name the guarantors to the underlease. They also failed to advise Elliot to obtain property insurance.

The lease documents were executed in February 2012.

A few months later, in November 2012, there was a fire at the property. With no insurance in place, and no guaranteed rental income, Elliot suffered financial losses.

On 10 April 2018, Elliot commenced proceedings against the solicitors. In their defence, the solicitors argued that the claim was time-barred. This was on the basis that Elliot’s cause of action in negligence had accrued at the point in time when the lease documents were executed, which was more than six years ago. From Elliot’s perspective, of course, it was not until the fire happened – less than six years before commencing proceedings – that she felt the financial impact of her solicitors’ breach of duty.

The key issue was, therefore: when did Elliot first suffer loss, such that her cause of action in negligence accrued? If it was upon executing the lease in February 2012, then the six-year limitation period had indeed expired. However, if the loss was ‘contingent’, such that it was only first suffered when the fire occurred, then her claim was brought in time.

At first instance, it was held that the claim was in time, on the basis that no loss was suffered by Elliot until the fire happened.

However, the Court of Appeal disagreed.

In overturning the first instance decision, the appeal court found that, due to the solicitors’ negligence, Elliot did not obtain the rights under the lease that she had wanted. Further, the solicitors’ failure to advise Elliot of the need to obtain insurance put her in breach of her lease obligations, and exposed her to the risk of forfeiture. This meant the value of the lease was always less than it should have been but for the solicitors’ negligence, and Elliot suffered loss at the moment she entered into it.

Having admitted their breach of duty, therefore, the solicitors were able to avoid liability because the claim against them was time-barred.

The defendant, Mr Beaumont, was a barrister. 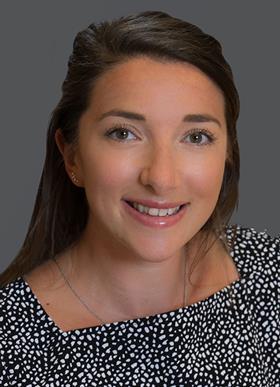 On 25 October 2017, the claimant commenced a claim in negligence against Beaumont, seeking to recover his costs of the appeal on the basis that Beaumont’s advice on merits had been negligent.

At first instance, it was held that the entire claim was time-barred, on the basis that the claimant’s appeal costs were (on his own case) incurred following Beaumont’s advice given, more than six years ago, in April/May 2011. The court found that Beaumont’s later advice, given in October 2011, did not give rise to a separate cause of action for limitation purposes, and therefore did not start a new limitation clock running, because it was not a ‘new and supervening act’.

In reaching that decision, the appeal court also helpfully confirmed that in a different situation, where a single breach of duty (which took place more than six years ago) has caused a claimant to suffer loss outside the limitation period, the fact that loss (flowing from that same breach of duty) is also suffered within the limitation period will not rescue the claim from being time-barred.

When a claim is pursued against a law firm, limitation issues can be critical. It can often take a long time for problems to come out of the woodwork. This means that by the time such problems have been identified, and a claim commenced, it may be crucial to place applicable limitation periods under the microscope. Limitation, however, remains a complex, technical area of law. This can be seen from the way in which the Court of Appeal has been required to provide recent clarity – and overturn three first instance decisions – in quick succession.

It follows that, where possible mistakes have been made, but the client has delayed in bringing a claim against its adviser – perhaps because it did not feel the sting of financial loss straight away – the defendant professional needs to think carefully about the potential availability of limitation arguments. This will require a careful analysis of the underlying matter, often with the benefit of legal input. However, this can prove to be time well spent. While it can be a technically difficult exercise, the formulation of a successful limitation defence will deal a fatal blow to at least part, and perhaps even the entirety, of a claim, even where duties have been breached in the course of giving advice.