This section provides an additional general defence for victims of slavery or trafficking, but those phrases are widely defined to include those who are the victims of county lines drug dealing. Sexual and violent and some other crimes are excluded. The defence is an extended form of duress setting out a series of requirements, with additional protections for those under 18. R v MK; R v Gega 2018 EWCA Crim 667 confirms that the section does not require the defendant to bear any legal burden of proof. All that is required is that each relevant issue is raised by evidence. The Crown must then to the criminal standard disprove each element of the defence. This applies also to a case where there is reliance on the additional defence available to those under 18. 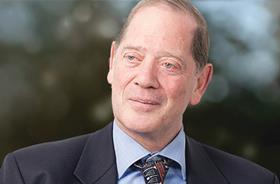 In R v Taj [2018] EWCA Crim 1743 the issue was the extent to which a genuine belief caused by intoxication could negative the intent for murder or S18 grievous bodily harm. The defendant knew the effect that drink and drugs had on his psychosis. The court held that the words ‘attributable to intoxication’ in S76(5) CPIA 2008 are broad enough to encompass both a mistaken state of mind as a result of being drunk or intoxicated at the time, and immediately and proximately consequent upon earlier drinking or drug-taking, so that even though the person concerned is not drunk or intoxicated at the time, the short-term effects can be shown to have triggered subsequent episodes of, for example, paranoia.

The court emphasised that this conclusion does not extend to long-term mental illness precipitated (perhaps over a considerable period) by alcohol or drug misuse. In this case the appeal would have failed in any event because even if there was a genuine belief, the actions were not reasonable, even in that context (applying R v Oye 2013 EWCA Crim 1725).

R v Cheeseman 2019 EWCA Crim199 confirms that S76 Criminal Justice and Immigration Act 2008, providing a wider version of self-defence for a householder against a trespasser, applies whether the householder is an intruder or a trespasser for any reason, such as their permission to remain having been removed.

A blade capable of being locked, however weakly, was not a folding pocket knife within S139 CJA 1988 as it was not immediately foldable by simply applying pressure to the blade. It had to be ‘un-popped’ (Sharma v DPP 2018 EWHC 3330 (Admin)). A cut-throat razor, less than 3in  in length, does not fall within the definition of a ‘folding pocket knife’ as it is a razor and not a knife. The trial was to continue with the defendant putting forward his defence of good reason as he was a trainee barber (R v D 2019 EWCA Crim 45).

Pendlebury v DPP 2018 EWHC 3567 (Admin) considered the stalking offence under section 4A Protection from Harassment Act 1997 which requires no objective conduct on the part of a defendant beyond stalking. The remainder of the statutory test is concerned with the effect on the mind of the complainant, and the knowledge, or constructive knowledge, of the defendant. The question that arises is the actual effect on the mind of the victim.

The problems surrounding the non-disclosure of what turns out to be highly relevant unused material are well known and the issue was reviewed in R v E 2018 EWCA Crim 2426. The court held that a breach of duty arose when the police did not follow all reasonable lines of enquiry: ‘Investigating officers are required to pursue all reasonable lines of inquiry, whether to exonerate or implicate suspects, under the Code of Practice issued under CPIA 1996. This will often include the obtaining and analysis of communication evidence whether it originates from devices or social media accounts belonging to the complainant or the suspect or, in some cases, to third parties. In the category of cases to which this guidance is primarily directed, it would be rare indeed for communication evidence not to feature as part of the police investigation’.

Since the court’s decision the DPP has published ‘A Guide to “Reasonable Lines of Enquiry” and Communications Evidence’.

Griffiths v CPS 2018 EWHC 3062(Admin) held that a fair trial was possible without the ability to cross-examine a complainant who sought to withdraw her complaint of domestic violence but who, in evidence, confirmed that s9 statements to the police were true. She declined to say more. She was treated as a hostile witness and the s9 statements admitted under s119 Criminal Justice Act 2003. The defendant had raised self-defence on arrest (as did the complainant in part). The defendant declined to give evidence. However the use of s119 appears improper as nothing inconsistent had been said. The only route to admissibility would appear to be s114(2).