‘When a local planning authority against the advice of its own professional advisers grants permission for a controversial development, what legal duty, if any, does it have to state the reasons for its decision, and in how much detail? Is such a duty to be found in statutory sources, European or domestic, or in the common law? And what are the legal consequences of a breach of the duty?’ 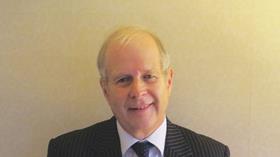 Who’s asking? Well, Lord Carnwath, actually, as he opened his leading judgment on 6 December 2017 in Dover DC v CPRE Kent; CPRE Kent v China Gateway International Ltd [2017] UKSC 79. In his decision (with which his colleagues, Lady Hale, Lady Black, and Wilson and Lloyd-Jones LJJ agreed) he sought to give some answers – despite this being an area where he found it ‘hard to detect a coherent approach’ in the statutory rules on provision of reasons.

The case concerned a decision by Dover District Council to grant planning permission to China Gateway International Ltd (CGL) for a large residential development in an Area of Outstanding Natural Beauty (AONB) of 521 houses, subject to an agreement under section 106 of the Town and Country Planning Act 1990 (which deals with planning obligations) ‘to provide the opportunity for a quality hotel to come forward’.

The decision diverged from planning officers’ recommendations considered previously by the planning committee that permission be subject to ‘a limit of 365 residential units…and… the completion of a planning agreement (under section 106…) to secure… proposed benefits including the hotel and conference centre’ (emphasis added).

In advising, planning officers had referred to the National Planning Policy Framework, which indicates that major development in an AONB should be permitted ‘only in exceptional circumstances and where a public interest can be demonstrated’. However, in officers’ view, although the level of harm to the AONB would be ‘significant’, nevertheless the ‘local economic issues and specific circumstances… provide a finely balanced exceptional justification…’. Although officers had advised that screening would prove ‘largely ineffective’ in mitigating harm to the AONB, three members believed that screening would minimise detriment.

The Court of Appeal quashed the decision to grant permission. However, in the instant appeal to the Supreme Court, while it was common ground that the council had been in breach of a specific requirement under the Town and Country Planning (Environmental Impact Assessment) Regulations 2011 (SI 2011/1824), the issue was whether the appeal court had been right to quash the decision accordingly.

Duty to give reasons

The 1990 act does not deal with the giving of reasons for planning decisions. The statutory rules are all in subordinate legislation. The three main categories of planning decision are: (i) those of the secretary of state and inspectors; (ii) those of planning authorities; and (iii) those concerning Environmental Impact Assessment (EIA) development (that is likely to have significant effects on the environment by virtue of factors such as its nature, size or location).

Regarding the secretary of state and inspectors, rules require written notification of appeal decisions with reasons to those appearing at the inquiry and others so requesting. Local authorities must give reasons for refusing planning permission or imposing conditions. Although there is now no statutory requirement to give reasons for granting permission, common law may require these where fairness demands or where strong legal policy reasons indicate. As to EIA development applications, authorities must make publicly available a statement of the decision and any conditions, the main reasons and considerations on which it is based, measures taken to mitigate major adverse effects and information on how to challenge the decision.

Furthermore, the Aarhus Convention (to which the UK is a party) deals with measures potentially having ‘a significant effect on the environment’ or where public participation is enabled for EIA development. Article 6(9) requires that ‘the public is promptly informed of the decision in accordance with the appropriate procedures’ and ‘each party shall make accessible to the public the text of the decision along with the reasons and considerations on which the decision is based’.

Although public authorities are under no general common law duty to give reasons for their decisions, it is well established that fairness may in some circumstances require it, even where no express statutory duty is imposed (see, for example, R v Secretary of State for the Home Department, Ex p Doody [1994] 1 AC 531).

Regarding the standard of reasons, Lord Brown in South Buckinghamshire District Council v Porter (No 2) [2004] 1 WLR 1953 said (among other things) that: ‘The reasons for a decision must be intelligible and… adequate. They must enable the reader to understand why the matter was decided as it was and what conclusions were reached on the “principal important controversial issues”, disclosing how any issue of law or fact was resolved.’ Reasons ‘can be briefly stated, the degree of particularity required depending entirely on the nature of the issues falling for decision’.

In the instant case, Lord Carnwath said: ‘Where there is a legal requirement to give reasons, what is needed is an adequate explanation of the ultimate decision. The content of that duty should not in principle turn on differences in the procedures by which it is arrived at. Local planning authorities are under an unqualified statutory duty to give reasons for refusing permission. There is no reason in principle why the duty to give reasons for grant of permission should become any more onerous.’ The essence of the duty (per Lord Bingham MR) is whether the information provided by the authority leaves room for genuine doubt as to what it has decided and why.

Lord Carnwath said that while members are entitled ‘for good reasons’ to depart from their officers’ recommendations, ‘their reasons for doing so need to be capable of articulation, and open to public scrutiny’. He approved as useful the Model Planning Code of Lawyers in Local Government (LLG) (2013 update). This advises planning committee members to ensure that if they are ‘proposing, seconding or supporting a decision contrary to officer recommendations or the development plan’ that they ‘clearly identify and understand the planning reasons leading to this conclusion/decision’. Furthermore, ‘these reasons must be given prior to the vote and be recorded’. The code also warns members that they ‘may have to justify the resulting decision by giving evidence in the event of any challenge’.

Lord Carnwath also praised as ‘sound practical advice’ the guidance in LLG’s Model Planning Code that planning committee members come to a ‘decision only after due consideration of all of the information reasonably required upon which to base a decision’. However, if members feel that there is insufficient time to digest new information or that there is simply insufficient information before them they should either request that further information or if necessary, defer or refuse.

In the current situation, Lord Carnwath said it ‘is notable that in the three years since the permission was issued, no attempt has been made to formulate the reasons so as to make good the admitted breach’. The restrictions proposed by officers were rejected by committee members because they ‘could jeopardise the viability of the scheme, deter other developments and be less effective in delivering the economic benefits’. However, there was ‘no indication of how or why the members felt able, without further investigation, to reject the view of their own advisers that the viability of the scheme need not be threatened, and indeed could be enhanced.’

In the circumstances, because ‘the defect in reasons goes to the heart of the justification for the permission, and undermines its validity’, the Supreme Court rejected the council’s argument that breach of the EIA duty should be remedied by mere declaration of the breach. It consequently held that the only appropriate remedy was to quash the permission. The decision of the appeal court was therefore upheld.