Is it right to criminalise those who carelessly but unintentionally fund terrorism? 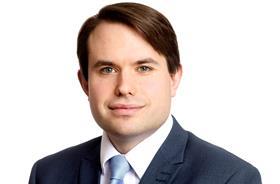 Whilst such an offence is one means of stemming the flow, it tramples on the presumption that serious criminal sanction should only result from a guilty mind, whether that be through intention, recklessness, negligence or suspicion.

Nonetheless, the Supreme Court judgment in R v Sally Lane and John Letts (AB and CD) [2018] UKSC 36[1] makes clear that parliament did intend to create such liability with regard to terrorist funding, notwithstanding the absence of any of the above four types of mens rea.

As well as the consequences for Ms Lane and Mr Letts (‘the defendants’), this article considers the implications for regulated professionals, who may encounter an analogous scenario in their obligations to report knowledge or suspicion of money laundering under s330 Proceeds of Crime Act 2002 (‘POCA’).

The defendants were charged with entering into funding arrangements connected with terrorism contrary to s17 Terrorism Act 2000 (‘TACT’) and launched an interlocutory appeal concerning the trial judge’s ruling on the meaning of s17 TACT. The Court of Appeal upheld that decision and the matter came before the Supreme Court on 19 April 2018.

A person commits an offence if -

(a) he enters into or becomes concerned in an arrangement as a result of which money or other property is made available or is to be made available to another, and

(b) he knows or has reasonable cause to suspect that it will or may be used for the purposes of terrorism.

The Supreme Court was concerned with (b) and whether ‘the accused must actually suspect, and for reasonable cause, that the money may be used for the purposes of terrorism? Or is it sufficient that on the information known to him there exists, objectively assessed, reasonable cause to suspect that may be the use to which it is put?’ (per Lord Hughes at para 4).

The defendants argued that the presumption that an offence-creating provision should be construed to include mens rea had not been displaced, and so the former was the correct interpretation. This was particularly so given that the offence was a serious in comparison with minor and/or regulatory offences, where parliament had obviously intended to impose strict liability. The words were capable of either meaning and should be interpreted in their favour.

Having considered relevant authorities on the presumption of mens rea, Lord Hughes turned to the evolution of UK terrorist funding offences. The original incarnation of the offence, introduced by the Prevention of Terrorism (Temporary Provisions) Act 1976, made no reference to ‘reasonable cause’. Rather, a guilty defendant had to actually know or suspect an eventual terrorist purpose.

This drafting was revised by the Prevention of Terrorism Act 1989 to ‘knowing or having reasonable cause to suspect’. Lord Hughes concluded that this showed an intention by parliament to widen the scope of the offence and ‘remove the requirement for proof of actual suspicion’ (para 19).

He went on to compare the wording of s17 TACT to that of s18 TACT, which includes a defence of not knowing and not having ‘reasonable cause to suspect’, and s19 TACT, which requires that the defendant ‘believes or suspects’. Parliament had evidently given thought to the differing mental states that should apply. Had it been intended that s17 should only be committed by those with actual suspicion, the wording of s19 would have been utilised.

Lord Hughes rejected the argument that his construction meant that the offence was one of strict liability. He observed that it could not be committed where the defendant was completely ignorant of the facts forming the actus reus of the offence. Rather, the relevant exercise for the jury was to consider the information held by the defendant and decide whether this should have given a reasonable person grounds for suspicion. For this reason, s17 TACT was not an offence of strict liability because the mind-set of a person holding such suspect information could not be ‘accurately described as in no way blameworthy’ (para 24).

As such, the Supreme Court concluded that it is open to a jury to convict under s17 TACT even if it concludes that a defendant did not actually know or suspect a terrorist purpose.

Implications for failure to report suspicions of money laundering

The regulated sector will recognise the wording of s330 POCA as mirroring s17 TACT:

(2) The first condition is that he—

(a) knows or suspects, or

(b) has reasonable grounds for knowing or suspecting,

that another person is engaged in money laundering.

Bearing this in mind, Lane & Letts supports the argument that s330 POCA is not an offence of negligence i.e. one that can be committed in ignorance of information related to the substantive offending.

Rather, the prosecution must prove that the defendant was actually aware of the information that constituted reasonable grounds for suspicion. As such, both s17 TACT and s330 POCA have a mens rea closer to recklessness than negligence. Although the defendant might deny that he saw the ‘risk’ (i.e. had a suspicion), he is guilty if he was nonetheless aware of the facts which, objectively assessed, provided reasonable grounds.

The argument is also supported by a recent decision on an offence with a significantly different actus reus but a similar approach to mens rea. In quashing the gross negligence manslaughter conviction of Honey Rose in 2017, the Court of Appeal held that, when assessing whether there was a serious and obvious risk of death (a necessary element of the offence), the jury should consider the knowledge actually held by the defendant. The jury should not decide its verdict based on what the defendant ought to have known had she acted competently. In the case of Honey Rose, this meant that the jury should have disregarded what she would have known had she performed the examination that would have revealed symptoms of a fatal condition.

The lesson of Honey Rose and Lane & Letts is that, whilst some offences of unintended consequence may appear to criminalise in the absence of mens rea, the courts have repeatedly ruled that this is not equivalent to strict liability. As such, both judgments are good news for regulated professionals, who can take comfort that a prosecution under s330 POCA is unlikely to succeed where suspect information is merely available, but not actually known, to the defendant.

Nick Barnard is an Associate at Corker Binning