In Ohpen Operations UK Ltd v Invesco Fund Managers Ltd [2019] EWHC 2246 (TCC), Mrs Justice O’Farrell considered whether a claim had been issued in breach of a dispute resolution (DR) clause and, if so, whether the proceedings should be stayed, pending referral of the dispute to mediation. 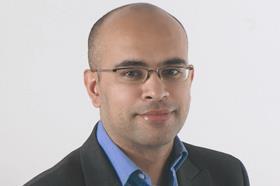 DR clauses (also referred to as tiered DR clauses or escalation clauses) are becoming increasingly common in commercial agreements. DR clauses typically require the parties to exhaust various ADR procedures before they are permitted to commence court or arbitration proceedings. The courts have recognised and enforced DR clauses (Cable & Wireless Plc v IBM United Kingdom Ltd [2002] EWHC 2059 (Comm)). In Holloway v Chancery Mead Ltd [2008] EWHC 2495 (TCC), Ramsey J identified three requirements for such agreements to be enforceable: (1) the process must be sufficiently certain; (2) the administrative processes for selecting a party to resolve the dispute and to pay that person should be defined; (3) the process or model of the ADR process should be sufficiently certain (see also Hildyard J in Wah (Aka Alan Tang) and another v Grant Thornton International Ltd [2012] EWHC 3198 (Ch)). Further, in Emirates Trading Agency LLC v Prime Mineral Exports Private Ltd [2014] EWHC 2104 (Comm), Tear J held that a DR clause created a condition precedent to the commencement of arbitral proceedings, and it was in the public interest to hold commercial parties to their agreements and to avoid expensive and time-consuming litigation and arbitration.

The DR clause provided for the following tiered approach to the resolution of disputes: (i) the parties agreed to use reasonable efforts to resolve any dispute amicably through ordinary negotiations followed by reference to contract managers; (ii) if the dispute could not be resolved at (i) then it would be referred to the executive committees for negotiations; (iii) if (ii) failed, then the dispute would be referred to mediation by the Centre for Effective Dispute Resolution (CEDR); (iv) in the event that mediation failed, then the parties were permitted to commence court proceedings.

The dispute between the parties related to a framework agreement for the development and implementation of a digital online platform. The parties engaged in unsuccessful negotiation following which the claimant issued court proceedings against the defendant. The defendant responded with a counterclaim, and issued an application seeking a declaration that the court would not exercise any jurisdiction it may have to hear the claim and an order to stay the proceedings pending compliance with the DR clause.

Following an analysis of the authorities, O’Farrell J extracted the following principles:

Although the parties had engaged with high-level negotiations, the next step was for the parties to engage with mediation. Mediating under the CEDR procedure did not require any further agreement by the parties to enable a mediation to proceed (for example the mediator selection procedure was clear and included within the CEDR mediation model). O’Farrell J held that the court has a discretion to stay the proceedings pending mediation under section 49(3) of the Senior Courts Act 1981 or under its inherent jurisdiction. There was also a strong policy in favour of enforcing DR clauses and in furthering the overriding objective in encouraging parties to attempt to settle their disputes. O’Farrell J held: ‘Where a contract contains valid machinery for resolving potential disputes between the parties, it will usually be necessary for the parties to follow that machinery, and the court will not permit an action to be brought in breach of such agreement.’ O’Farrell J concluded by making an order to stay proceedings to allow the parties (after filing and serving various statements of case) to attend a mediation.

Ohpen Operations UK Ltd reinforces the courts’ approach in upholding and enforcing DR clauses. The reasoning of the court is consistent with Tear J’s decision in Emirates and is strongly premised on the policy of encouraging commercial parties to settle their disputes outside of the civil court process. The drafting of DR clauses should not be underestimated. If commercial parties decide to incorporate a DR clause into their agreement then that clause must be carefully drafted. Careful consideration should also be given to the number and types of DR procedures the parties are willing to engage in before they are permitted to issue formal proceedings.