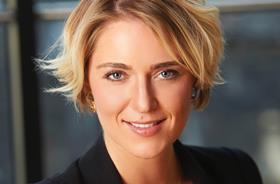 Multi-jurisdictional libel is in the public eye with the news that British diving expert Vernon Unsworth has filed a lawsuit in the US against Elon Musk, tech magnate and CEO of Tesla. With a claim also apparently being considered in England and Wales, the question is once again raised: where is the best jurisdiction for launching a libel action? And where is the best place to defend one?

Unsworth is seeking $75,000 in compensation, punitive damages and an injunction for various allegations made on Twitter. He was part of an international team involved in the Thai cave diver rescue mission, for which Musk supplied an unsolicited submarine, criticised by Unsworth as impractical given the requirements for the rescue.

In response to Unsworth’s criticism, Musk published a number of tweets, falsely calling Unsworth a ‘pedo guy’, and professing the truth in that statement with follow-up tweets including ‘Bet ya signed dollar it’s true’. The tweets were deleted shortly after publication, but Musk has never presented nor claimed to have evidence substantiating his false statements. The statements were published to Musk’s 22.5 million Twitter following.

Unsworth is a British citizen, living in Thailand. Musk is based in the US. So Unsworth is entitled to issue proceedings there but is not limited to that jurisdiction and has reportedly also instructed a defamation lawyer here.

So why choose the US? One answer is that libel trials are still conducted by a judge and jury, generally resulting in much higher damages awards than in this jurisdiction. The average trial award in the 2010s stood at $2.6m and damages can far exceed that amount.

In England and Wales, by contrast, the Defamation Act 2013 reversed the presumption of trial by jury in libel cases, and there have been no jury trials since the act came into force. As for damages, the Court of Appeal has confirmed that the ceiling figure for defamation cases is around £275,000 (albeit this could potentially be augmented by a special damages claim if direct financial loss can be proved). There has not been an award approaching that level since the act.

However, despite lower damages awards, Donald Trump has said he envies our libel law, where, as he put it in a 2016 interview: ‘You have a good chance of winning… and deals are made and apologies are made.’ He describes the US system as being weighted in favour of defendants.

In some respects, Trump is right. In the US, far more of the burden of proof rests on the claimant, who must prove the libellous statement was untrue. What is more, ever since the seminal US Supreme Court case of New York Times v Sullivan [1964] it is necessary for a claimant/plaintiff to prove actual malice before press reports about public figures can be considered to be libellous. Here, the burden rests more on the defendant, who has to prove that what they published was true (rather than the claimant having to prove it was false). Nor is there a directly comparable threshold of malice under English law, albeit that the ‘new’ defence under section 4 of the 2013 act seeks to give greater protection where the publisher can show that they reasonably believed publication to have been in the public interest. To get their claim off the ground in this jurisdiction, the claimant only has to show that the statement has caused or is likely to cause serious harm to their reputation, which a court can infer from the seriousness of the allegation.

A study by the US Media Law Resource Centre reported that media defendants in the US usually prevail on appeal, paying no damages in 55.8% of cases. While the number of libel trials declined over the course of the study, the drop in the number of cases against media defendants has been even larger. Could this be because claimants are being deterred from suing in the US and ‘forum-shopping’ instead?

The courts of England and Wales remain a popular choice. There have been a number of high-profile claims where neither claimant nor defendant resides in this jurisdiction.

Also, English law takes the view that material is published where it is read. In 2000, the Lords allowed a claim by Russian businessman Boris Berezovsky (at the time, still based in Russia but with business, personal and family ties in the UK) who sued US Forbes magazine for damage to reputation sustained in this jurisdiction.

But while foreigners may be entitled to sue here, enforcement of an English defamation judgment in the US may be a different proposition. In 2004, Saudi-based Sheikh Khalid bin Mahfouz sued US writer Dr Rachel Ehrenfeld in England for libel, winning damages and a costs award. Ehrenfeld brought proceedings in New York to obtain a declaration that the English judgment would be unenforceable in the US because the publication would not be defamatory under US law. This ultimately led to legislation protecting Americans in certain US states from rulings in foreign libel judgments unless that jurisdiction’s laws provide at least as much protection as the first amendment: the (rather unfortunately named) ‘Libel Terrorism Protection Act’.

Parliament has sought to address the (enormously exaggerated) perception of the UK enabling ‘libel-tourism’, by enacting section 9 of the Defamation Act. This applies to a libel action against anyone not domiciled here or in the EU (or a country signed up to the Lugano Convention). It prevents courts here from hearing a claim unless the court is satisfied that this is the ‘most appropriate place’ in which to bring an action.

However, the jury is out on whether the Defamation Act has had the intended deterrent effect. Judicial statistics from 2017 showed a substantial increase in the number of issued defamation claims in London.

One can only speculate about the strategy of Unsworth and his legal team. Perhaps he is looking to issue proceedings in multiple jurisdictions, maximising damages and minimising issues of enforcement. What he does next may shape the international agenda for libel law.

Persephone Bridgman Baker is a senior associate at Carter Ruck