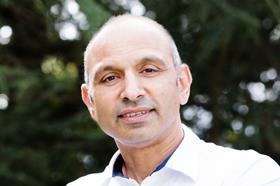 Mann has grown companies organically and via acquisitions across Europe and Apac.

He achieved double digit growth over four successive years at HireRight and growth from $160m to circa half a billion in three years at Cognizant. He has also worked for BP, SCO and KPMG.

Mann has experience across a number of industry sectors from working for FTSE, NASDAQ, PE/VC backed and owner managed businesses. During his time as head of finance for Phoenix Business Solutions he helped turn around the cash constrained SME to sale within 18 months.

Mann will be involved in all commercial aspects of the company and ensure a financial infrastructure to support its expansion which includes over 200 lawyers across 55 countries.

He adds that founder Robert Taylor 'drives a non-traditional culture and the individuals he attracts to join the company are all of a similar vein in their entrepreneurship and energy'.

'I particularly value Robert’s view that his clients are more than just fee generators. Finance to me has never been about creating a set of books or creating commercial deals – it is about the people I work with.'