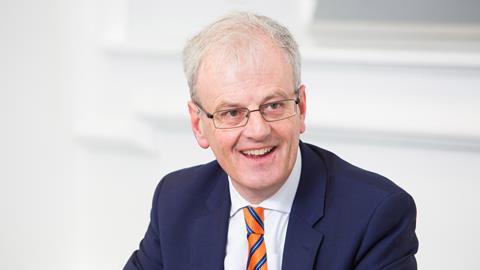 Predominantly based at the firm’s central London office, Alan joins from Slater and Gordon, where he was principal lawyer. As a partner in Hugh James’s personal injury division, he brings with him over 25 years’ experience working on a number of high-profile cases in the UK and abroad.

His case history includes representing victims of abuse by prominent individuals, and he was involved in large investigations including the Haute de la Garenne abuse scandal in Jersey.

Alan’s most notable success was acting for victims of sexual abuse at Greenfield House, a children’s home in Berkshire where abuse had taken place in the 1960s. Alan’s investigatory work found the home to have been the centre of a paedophile ring, and each of the victims was compensated for the harm they had suffered.

Mark Harvey, head of Hugh James’s claimant division, said: ‘Having Alan on board is a real coup for the personal injury division, and for the firm as a whole.

‘He is regarded as one of the foremost lawyers in sexual abuse litigation with a track-record for achieving justice for victims that is second-to-none, and we look forward to him continuing that success here.’

Alan Collins said: ‘It is transpiring that many cases of sexual abuse which took place decades ago went undiscovered or ignored at the time, and are only now coming to light thanks to the testimony of victims.

‘My aim is to help those victims achieve the compensation they deserve for the significant trauma they have endured. I’ll also be working with interested parties, including politicians and support groups, to aid inquiries into the widespread problem of sexual abuse.’