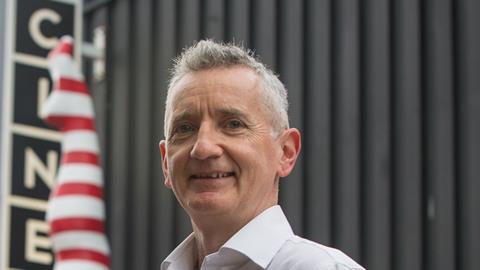 I spent the 1980s in Liverpool with the probation service managing a victims’ support scheme in Toxteth. I worked alongside excellent people from various professions. But I noticed that whenever a difficult question arose it was most often directed at a solicitor. I thought: I would like to be that person one day. I qualified when I was 36.

My first degree was in English as a mature student and, to be honest, I found black letter law to be dull and reductive by comparison. To be a solicitor, training is essential, but could be better for the soft skills required to manage more challenging client behaviour. Fortunately, I had been around the block before qualifying as a solicitor so was unfazed by the emotional extremes encountered in family law.

My hardest challenge? Poor pay as a trainee with big debt trying to raise a family. Or the stupidly large caseload from day one of qualification with little supervision. I discovered later there was an office sweepstake on how long I would survive: no one gave me beyond six months. In later years, encountering the inflexibility and lassitude of partnership structures when trying to introduce change.

I’d like to think I haven’t had my most memorable highlights yet. But if you push me I would say, collectively, with a very gifted team, setting up Family Law Partners five years ago. We decided to leave our comfort zone and never drift back into it, by challenging assumptions about what legal practice should look like. Personally, it would be unveiling Siaro (family law software), the culmination of years of late nights and weekends, including self-taught coding. But mostly, those occasions where a client says at the end of a case: ‘I couldn’t have got through it without you’, and the look in their eyes shows they mean it.

Family law clients present lawyers with a complex narrative that blends fact, half-truth, misunderstanding, enmity, love and desperation centred on money and children.What could possibly go wrong? It is a powerful concoction that often casts the ex-partner as the villain. But imagine all that energy directed at the lawyer instead. It happens occasionally and is problematic.

The divorce law requiring allegation of fault is my least favourite. It is like a boil on the bum: every time you sit down to do some constructive work with clients you have a painful reminder that they are compelled by law to stick the boot into each other.

Legal aid has been decimated; a coolly executed act of vandalism by a career politician under the guise of austerity. The gain has been the growth of alternatives to court: mediation, collaborative law and now family arbitration. Clients deserve to be at the centre of their own process.

I hope lawyers resist the pressure to sell law as if it is a tin of beans or travel insurance. I would like family lawyers to move closer to an integrative model of working with other professionals. And we need the reinstatement of legal aid, no matter how modest, to allow early legal intervention for families affected by high-conflict separation.