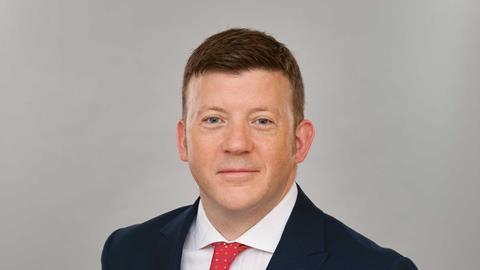 Partner and head of the immigration team, Blake Morgan

I always had a strong interest in civil liberties and human rights so it seemed logical that I follow a career path that allowed me to protect these rights. I was also a natural debater at school so becoming a lawyer seemed an obvious choice.

I did my pupillage at 1 Grays Inn Square. It was a large common law set with a variety of practice areas and people, which was great. My pupillage was mostly in crime. The experience was invaluable in terms of advocacy training and learning how to deal with clients. I begged my pupil supervisor to let me have a month with an immigration practitioner. I still find the lessons I learnt in the early stages of my career invaluable.

My interest in civil liberties stems from growing up in Ireland in the 1970s and 1980s, which was a very different country then. Minorities’ rights were non-existent.

Despite qualifying a little later on (in my late twenties) I still found dealing with a diverse range of clients and the responsibility that comes with the role at an early stage a challenge. When I was only a few months’ qualified I found myself locked in a cell with a paranoid schizophrenic who was bashing his head on a concrete floor in an attempt to stop the voices he was hearing.

The hardest cases are the ones which really deserve to win but you lose at all stages. I represented a young gay couple who were fleeing persecution and homophobia. They were 100% genuine but they kept losing their asylum hearings.

Winning a case which resulted in a change of legislation was pretty exciting. I’ve also just moved over to Blake Morgan; the switch from a barristers’ chambers to a law firm has been a great new challenge.

You need to be dynamic as a lawyer. I specialise in immigration but I have advised, in an immigration context, on employment, contract, family and tax law.

Changes in the system and the axing of public funding mean that immigration law has changed beyond recognition since I started. Access to law was much more wide-ranging. However, the upside is that the current immigration legal world is smaller, and, in my opinion, much more dedicated and competent.

I hope that regressive legislation does not do away with the judicial checks and measures which have been in place for centuries.