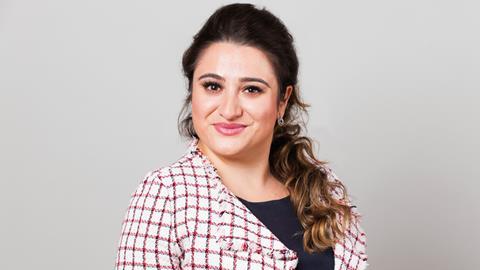 A trial involving my mother ignited my passion to pursue a career in law. My parents are both Iranian immigrants: my father came to the UK in the 1970s and my mother joined him in the 1980s. When I was around 9 or 10 years old, my mother was involved in a road traffic accident which went all the way to trial. At trial, the opponent, who was not in attendance, was represented by counsel, whereas my parents were litigants in person and had no representation. I recall my parents collecting me from school after the trial and telling me all the details.

Something that resonated with me was hearing my father express his disappointment at the British legal system. He had been made to feel like a foreigner, completely disregarded and ignored before the eyes of the court. The tone of his voice still echoes in my head: ‘I wish I had someone to speak for me. Maybe because I cannot pronounce words properly and speak proper English that I was ignored and we lost the case.’ From then on, it was my mission to never hear those words said again. I vowed to not just become a lawyer, but to work hard to qualify as a judge who would treat everyone fairly and equally, irrespective of their background.

Having made numerous applications for training contracts and vacation schemes in City firms, and despite my strong academic background and university degree, I struggled to secure a position. The legal industry is extremely competitive. I secured a training contract at a local high street firm where I had been working as a legal assistant and clerk since finishing university. I qualified there at the age of 23.

I initially qualified as a family solicitor. I found giving advice on marital and child care issues overwhelming and extremely difficult, as I had no experience of being a spouse or a parent at the age of 23. When I moved to my previous firm, I said that I had pursued a career in law as I wanted to help and offer assistance to those who did not have a voice. I was introduced to legal aid and housing law.

'I vowed to not just become a lawyer, but to work hard to qualify as a judge who would treat everyone fairly and equally, irrespective of their background'

My former firm was a housing and property specialist law firm in north London. From the outset, and during my annual appraisals, I made it known to my supervising partner that I had a five-to-10-year career plan, and that I wanted to become a partner before I turned 30. It was agreed that, in order to achieve this milestone, I would have to become a housing supervisor, which I did within two years of joining the firm. As well as attaining my financial targets and supervising my own team, I would have to undertake additional tasks. Over the eight years that I was with the firm, I was consecutively the highest biller, in addition to taking on the responsibility of mentoring, and assisting on policy change and procurement of contracts. I sponsored many young and aspiring colleagues, and worked alongside them to help them on their journey to reach their goals. For me, it was not just about championing this specific route or career, but to ensure that my mentees had passion instilled within them for the role.

When I joined Hodge Jones & Allen as a senior associate, I made it known to our head of department that I had every intention of becoming a partner at this firm. I set goals for myself. I know that, at a firm like HJA, it is not solely about your abilities as a lawyer, but what other innovative ideas you can bring to set yourself apart.

Within the first year of joining, at the annual staff awards I was recognised as a Business Innovator. I went on maternity leave in December 2019 and returned in September 2020, during which time I applied for the role of diversity champion.

My motivation as a diversity champion is similar to my motivation to become a lawyer. This is to be able to speak up for all members of staff on such an important issue, ensure that we remain an inclusive firm, and to introduce and propose ideas where we all feel included and able to progress, irrespective of our names or backgrounds.

I believe very strongly in the notion of leading by example and that any changes have to start with management, from the top down. I have suggested reverse mentoring, on-board training on diversity and inclusion and unconscious bias, and reviewing our internal firm composition and any changes to our promotion procedure to ensure we have a balanced representation.